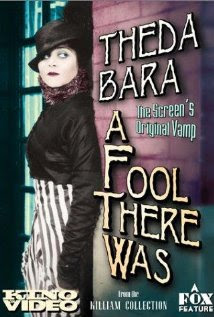 “A Fool There Was” (1915) is a silent drama starring Theda Bara, Edward Jose, Mabel Frenyear, and May Allison. Directed by Frank Powell, this film was inspired by both the Rudyard Kipling poem, “A Fool There Was” and the Sir Philip Burne-Jones painting, “The Vampire.”

In this film, an exotic vamp, played by Theda Bara, learns happily married John Schuyler, played by Edward Jose, will be sailing for Europe on a business trip. When Schuyler’s sister-in-law, played by May Allison, falls with an illness, his wife, Kate, played by Mabel Frenyear, decides to stay home with their daughter, played by Runa Hodges. While onboard, the vamp spends some time with Schuyler. Just a glimpse of the vamp’s bare ankles fills Schuyler with desire, and he succumbs to her. The month long trip lasts two months. Schuyler is now addicted to the sex and drugs provided by the vamp. Will the vamp destroy Schuyler’s life? 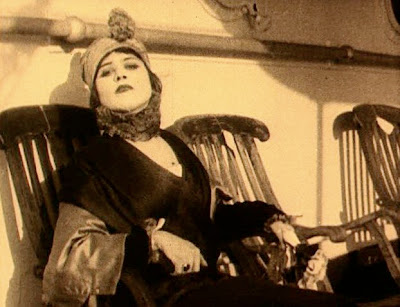 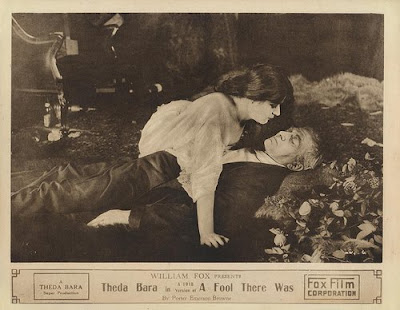 Born Theodosia Goodman on July 29, 1885, in Cincinnati, Ohio, Theda Bara was not the first screen vamp but the foremost. Theda Bara’s reign as the queen vampire of American films began in 1915. Her first film took its title directly from the first line of Rudyard Kipling’s poem, “A Fool There Was.” The word “vamp” is certainly a movie-inspired word, and although the raven-haired Theda Bara with her smouldering dark eyes, became the embodiment of the wicked, scheming woman, she was not the screen’s first by several years. In fact, the key film of the vamp genre was “The Vampire” (1913) starring Alice Hollister as the seductress. From “A Fool There Was” (1915) on, Theda took screen sex seriously and aggressively. Even though she made historical spectacles and non-vamp films, too, it was the vamp films that were the most successful. Unfortunately, most of Theda’s films were lost to a fire at Fox Studios in 1937. As a result, far too little footage has survived to allow us to make reliable observations on the merits of her work. In fact, of all the major Hollywood stars from any period, she is the most poorly represented in terms of surviving films. However, from what does survive, one can draw the conclusion that her films were exaggerated only for dramatic effect. Bara was a dynamic personality, and even in “A Fool There Was” (1915), one of h 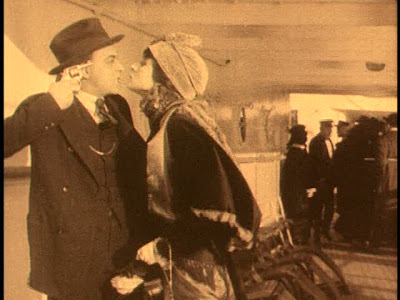 er earliest and more primitive films, one has no urge to laugh at its lack of restrain. If “A Fool There Was” gave a clear-cut definition of Theda Bara as a death-dealing, smouldering-eyed vampire, William Fox of Fox Pictures poured out to the press a portrait of Theda that was easily as exaggerated and outlandish as her screen portrayals. I found the historical details in “A Fool There Was” fascinating, especially in the scene where the Ford Model T’s intermingle with horse-drawn vehicles. Even though it’s primitive by silent standards, “A Fool There Was” (1915) is worth watching just for the screen magnetism of Theda Bara in one of her few surviving films.
Posted by Silentfilmfanatic at 3:04 PM

Email ThisBlogThis!Share to TwitterShare to FacebookShare to Pinterest
Labels: a fool there was (1915), silent movies, silentfilmfanatic author, theda bara