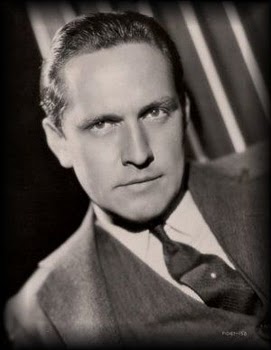 The story begins in the Pennsylvania court of Calvin Cooke, attorney David Douglas loses a murder trial. Unknown to Calvin, David, whom the judge dislikes because of his liberal ways of thinking, is dating his daughter Ellie.

Later that evening, while Cathy is preparing for her twentieth anniversary dinner, she experiences severe pain and dizziness which she hides from her family. The next day she goes in for several tests. Cathy's friend and Dr. Walter, arranges for the test results to be submitted to several specialists around the country.

In court the next day, Calvin gets a message from Walter, who informs him that Cathy is suffering from a unstoppable and fast-advancing disease.

The only help Walter can give her are pain pills that are highly toxic. He recommends that Calvin keep the information from Cathy and try to make her remaining days as pleasant as possible. Calvin decides to take Cathy on a second honeymoon trip.

While in an amusement park house of mirrors, Cathy has a dizzy spell and wants to return to the hotel, where she continues experiencing great pain.

Calvin gives her a pain pill, telling her it is aspirin, but Cathy spends the night in excruciating pain. The next morning Cathy finds a note from Calvin saying that he has gone for the newspaper and comes across Walter's pain medicine prescription and diagnosis. Meanwhile, Calvin has telephoned Walter and talks of suicide and relieving her pain.

When he returns to the hotel, Cathy says nothing about finding the prescription and asks to return home. On the drive back in the middle of a rainstorm, they have car trouble and Calvin is forced to pull into a roadside garage and cafe. While Calvin is with the mechanic, Cathy, realizes her condition is getting worse and calls her daughter Ellie.

On the road again with Cathy sleeping beside him, Calvin, intentionally drives the car over an embankment.. Will they survive the crash?

The story is about a helpless husband and his brave wife, and their final days until their doomed weekend. "An Act of Murder" makes a powerful statement on how fragile life is. 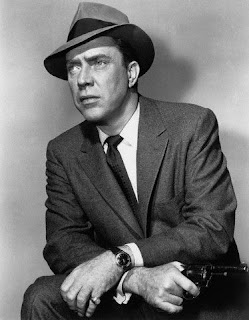 Edmond O'Brien (September 10, 1915 – May 9, 1985), made his film debut in 1938, and became a highly regarded supporting actor. During World War II, he served in the U.S. Army Air Forces and performed in the Air Forces' Broadway play and film, Winged Victory.

He won an Academy Award for Best Supporting Actor for his role in the film, The Barefoot Contessa (1954) and was also nominated for his role as an alcoholic U.S. senator in the film, Seven Days in May (1964). Prior to that, O'Brien had a role in the, 1950's D.O.A. as a poisoned man who looks for his own murderer before he dies. 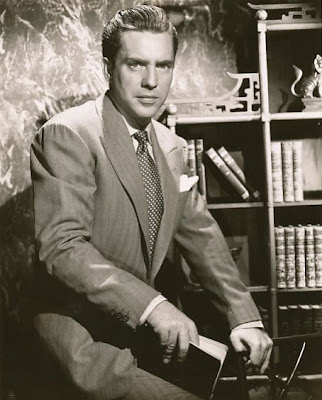 Email ThisBlogThis!Share to TwitterShare to FacebookShare to Pinterest
Labels: an act of murder(1948), edmond o'brien, fredric march, the 40s