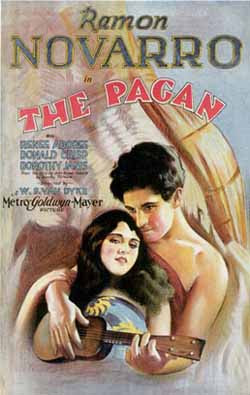 In this film, Ramon Novarro plays Henry Shoesmith, Jr., the son of a white father and Polynesian mother who owns the largest cocoanut plantation in Tahiti. Henry is a wealthy man that would rather spend his time lounging in the sun than conducting business. He meets a beautiful girl named Tito, played by Dorothy Janis, who is also half white half Polynesian like himself. Henry and Tito fall in love and want to get married, but Tito’s guardian, Roger Slater, played by Donald Crisp, is consumed with lust for her and hates Henry. 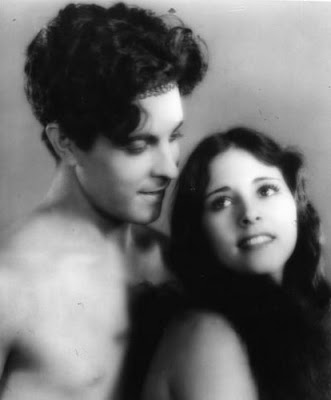 “The Pagan” (1929) is a beautifully made film that helped propel Ramon Novarro into the talkies and his fine tenor turned Nacio Herb Brown and Arthur Freed’s “The Pagan Love Song” into a hot-selling Victrola sensation. “The Pagan” was Novarro’s last silent film, and he gives one of his best performances. The supporting cast is excellent, especially Renee Adoree, who gives a moving performance as a prostitute with principles and who also loves Novarro. Donald Crisp is very effective as the lecherous Roger Slater, who has an eye for the beautiful and innocent Dorothy Janis. I liked how the film doesn’t attack religion, but the hypocrisy portrayed by the villain who hides his lust as an act of Christian charity.

Superbly shot in Tahiti and with synchronized score, “The Pagan” is a visually stunning film which showcases Novarro’s fine singing voice. 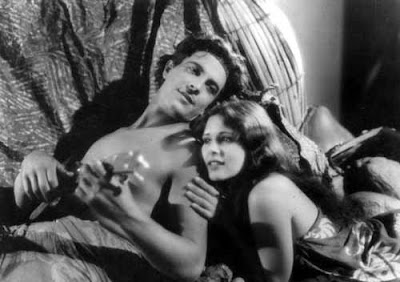 Ramon Novarro was born Jose Ramon Gil Samaniegos on February 6, 1899 in Durango, Mexico. The son of a prosperous dentist, Novarro came to Los Angeles in 1915, at the age of sixteen, hoping to make music his life’s work. His first years in Hollywood were difficult; he had to work at a variety of odd jobs to make ends meet. He appeared as an extra in more than one hundred films before he got his first credited role in “Mr. Barnes of New York” (1922), under the name of Ramon Samaniegos. By the time he made “The Prisoner of Zenda” later that year, with his mentor and lifelong friend, Rex Ingram, he was working as Ramon Novarro. By 1923, Novarro was receiving 1,300 fan letters a week. By the time his next picture, “Scaramouche,” was released later that year, he was being described as a matinee idol, and his success was said to earn him a million dollars a year. His popularity extended throughout the world, and he often had to travel in disguise in Europe and elsewhere. Novarro was not just a pretty face. He was involved in the purchase and development of real estate. Fluent in Spanish, English, French and Italian, he enjoyed reading, travel, and the opera. He directed, acted in, and composed the music for the French and Spanish versions of “Call of the Flesh” (Le Chanteur de Seville 1930) and (La Sevillana 1931). Even though Novarro did play a number of roles as sheik and Latin lover, he was most recognized for his roles in other films including the epic, “Ben-Hur” (1925), in which he played a Jewish prince. Novarro never achieved the same heights of popularity in talking pictures, but he continued his career as a character actor in films and television. Novarro met a grisly and tragic end on October 30, 1968, when he was savagely murdered at his Hollywood Hills home by two men who sought to rob him of $5,000. Novarro was 69 years old.
Posted by Silentfilmfanatic at 3:06 PM