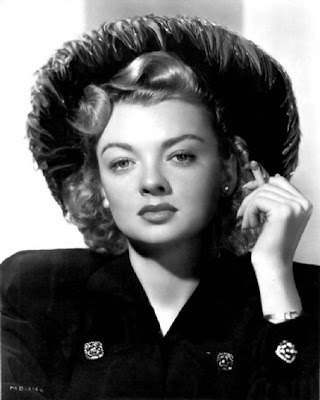 I was just informed by Tom from Motion Picture Gems, that Myrna Dell, who was a film femme fatale in the 1940s and 1950s, died in Studio City, California, on February 11, 2011. My condolences goes to her daughter, Laura Patterson.

I re- posted a couple comments left on N and CF a few months ago..

I met Myrna years ago in a McDonalds in Studio City, Ca. I was on vacation with my sister and cousin. We didn't have much money so we ate at McDonalds alot that vacation. This woman was sitting there and called me over to her table and we started chatting. She told me who she was but I had no idea. She wrote to me and sent us autographed pictures. She did talk to me about acting because at the time I wanted to be an actress but didn't know how to get started. Well,all said and done, I never fulfilled my dream. Do you know if she ever was married or had children?

My name is Laura Patterson, and I am the only child of Myrna Dell. She married a handsome actor by the name of Herbert Patterson, and retired from Show Business to raise me in the 1960's 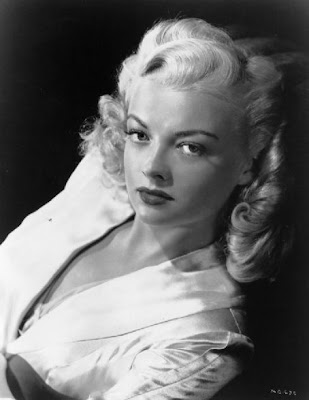 Email ThisBlogThis!Share to TwitterShare to FacebookShare to Pinterest
Labels: in memory, myrna dell