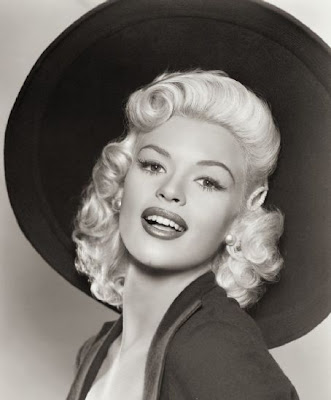 Jayne Mansfield (April 19, 1933 – June 29, 1967). In 1950, Vera Jayne Palmer married Paul Mansfield, becoming Jayne Mansfield and the couple moved to Austin, Texas. Where she studied dramatics at the University of Dallas and the University of Texas at Austin. Her acting career were temporarily put on hold when she gave birth to her first child, Jayne Marie Mansfield, on November 8, 1950, Mansfield was 17 at he time. After the birth of her baby the family spent a year at Camp Gordon, Georgia, while Paul Mansfield served in the United States Army. Her husband, Paul Mansfield, hoped the birth of their child would change her mind about acting. In 1954, they moved to Los Angeles and she studied dramatics at UCLA. Working as a candy vendor at a movie theatre, she attended UCLA during the summer, and then went back to Texas for the fall quarter at Southern Methodist University. She posed nude for the February 1955 issue of Playboy, which helped launch Mansfield's career.

Mansfield's first movie role was as a dancer in the film, Hell on Frisco Bay, a drama starring Alan Ladd and Fay Wray. Her next film role was as a extra in the newest Jane Russell film, Underwater!. She then played Candy Price, a supporting role in, The Female Jungle. In early 1955, Jayne was noticed by Warner Brothers and signed to a six month contract. She was signed by the studio after one of its talent scouts discovered her in a production at the, Pasadena Playhouse. Mansfield was then given a bit part in, Pete Kelly's Blues, which starred Jack Webb. In 1955, Paul Wendkos offered her the role in, The Burglar. She made one more movie  as Angel O'Hara, with Edward G. Robinson in the film, Illegal.

In 1955, she performed on Broadway then returning to Hollywood on May 3, 1956 she signed a six-year contract with 20th Century Fox and was then given her first role as Jerri Jordan in the film, The Girl Can't Help It (1956).

Jayne then went on to play a dramatic role in the film, The Wayward Bus (1957). In this film, she wanted to establish herself as a serious actress. She won a Golden Globe in 1957 for New Star Of The Year Actress, beating Carroll Baker and Natalie Wood, for her performance in the fim, The Wayward. Mansfield reprised her role of Rita Marlowe in the movie, Will Success Spoil Rock Hunter?(1957).

Mansfield was offered a part opposite Jack Lemmon in the film, Bell, Book and Candle, but had to turn it down due to pregnancy. Next, Fox gave her the lead role as Kate opposite Kenneth More in the western, The Sheriff of Fractured Jaw(1958). Despite the publicity and her public popularity, good film roles dried up for Mansfield after 1959.

Turned down the role of Ginger Grant in "Gilligan's Island" (1964).

Was a classically trained pianist and violinist.

Claimed to have an IQ of 163, though she didn't have exceptional grades in school. 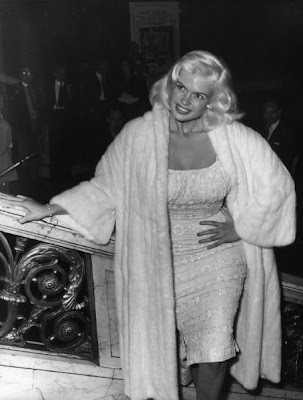 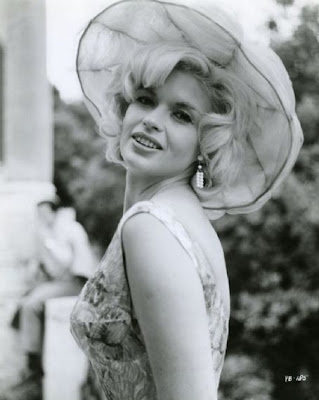 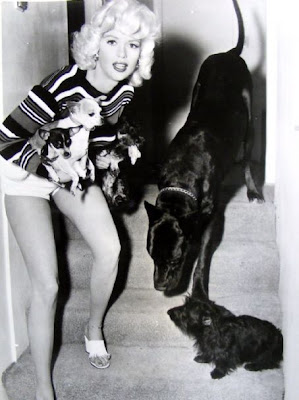