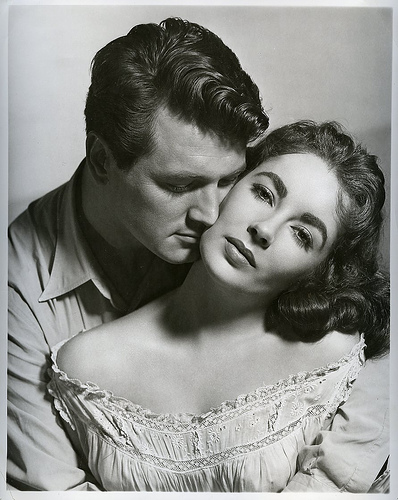 The epic begins when, Jordan "Bick" Benedict, travels from Texas to Maryland, to buy a stud horse, named War Winds. There he meets and marries southern belle, Leslie Lynnton. They return to his Texas family ranch, Reata, which is run by Luz, Bick's sister, who does not care much for Leslie. Jett Rink, works for Luz and he also falls in love with Leslie from a far.

Luz takes out her hate for Leslie, by digging her spurs into Leslie's beloved horse, War Winds, while riding him home one afternoon. Luz, dies after War Winds bucks her off and as part of her will, Jett is given some land on the Benedict ranch. Bick tries to buy back the land, but Jett refuses.

Jett discovers oil in a footprint left by Leslie. He drives to the Benedict home promising to the family, that he will be richer than the Benedicts. After which Jett makes sexual advances towards Leslie, Bick and Jett get into a fight.

The trouble really begins, when Bick, insists that Jordy must grow up to run the ranch, but Jordy wants to become a doctor. Leslie, wants Judy to attend school in Switzerland, but Judy loves the ranch and wants to stay in Texas. After war breaks out, Jett visits the Benedicts and tries to convince Bick to allow oil production to help the war effort. Bick realizes that there is nobody to take over the ranch after him, agrees.

Years later ... The Benedict/Rink feud comes to a head when the Benedicts learn that Luz Jr. and the much older Jett Rink are dating. At a huge dinner party that Jett is holding in his own honor, an angry Jordy goes gunning for him, after his Mexican American wife, Juana, was turned away at the beauty parlor.

Bick, steps in and is about to fight him, but .. soon realizes that Jett is a drunk. He tells him, "You're not even worth hitting...You're all through," and leaves, but not before pushing over many shelves of wine.

The party ends when Jett, is falling down drunk in front of everyone before his big speech. Luz Jr. sees him and does not like what she sees..

I loved: the beautiful Texas landscapes, which couldn't have been more dramatic. The beautiful Benedict victorian mansion that changes with the times..

This heartwarming epic covers two generations of family and many issues: marriage, family life and racism. 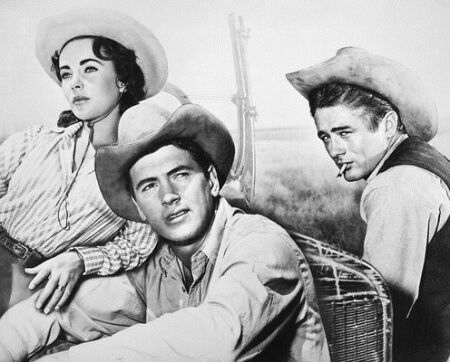 Before Elizabeth Taylor accepted it, the role of Leslie was offered to Grace Kelly.

The start date of the film was delayed a few months so that Elizabeth Taylor could give birth to a son. Link

Elizabeth Taylor was said to be so upset the day after James Dean was killed in a road accident that she was excused from working on the picture for the day.

Rock Hudson and Elizabeth Taylor went for get-to-know-you drinks one night at the very start of the production. They both got exceedingly drunk, finishing the evening at 3:00 am. Their call-time was 5:30 am. Fortunately the scene being shot that morning was a wedding scene with no dialog, so instead of talking, all they had to do was look lovingly at each other. The two actors were concentrating so hard on not being sick that they were quite surprised when some of the people on-set started to cry, so convinced were they of their supposed looks of adoration at each other.

When Rock Hudson was cast, director George Stevens asked him whom he preferred as his leading lady, 'Grace Kelly' or Elizabeth Taylor. Hudson picked Elizabeth Taylor, who was cast in the film and ended up becoming lifelong friends with Hudson. 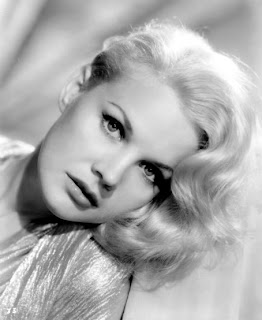 While she was performing in the role of the Broadway production, All Summer Long. That roll caught the attention of director Elia Kazan, who cast her in the film, Baby Doll. Baby Doll would remain the film for which she is best remembered she was nominated for the Academy Award for Best Actress for her role. Two months prior to Baby Doll's release, she performed in the supporting role of Luz Benedict II in the film, Giant.

While Baker was on location in Africa for the 1965 movie Mister Moses, story has it that a Maasai chief offered 150 cows, 200 goats, sheep, and $750 for her hand in marriage. She then appeared with Masai warriors on the cover of Life's 1964 issue. 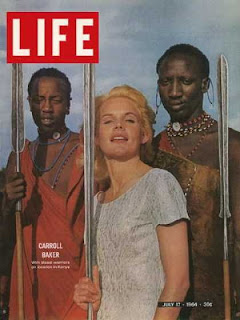 Based on her Carpetbaggers performance, Levine began to develop Baker as a movie sex symbol, casting her in the title roles of two 1965 films, Sylvia and Harlow.

Following a legal battle with Paramount Pictures and divorce from her second husband, Jack Garfein, Baker moved to Europe.

A lead role in Andy Warhol's Bad (1977) brought her back to America.

By the eighties, Baker moved into character work, playing the mother of Dorothy Stratten in the film, Star 80 (1983) and Jack Nicholson's wife in, Ironweed (1987).

In 1990, she played a villainess in the Arnold Schwarzenegger film, Kindergarten Cop.

Baker has also been featured in documentaries on several of her co-stars, including Clark Gable, Roger Moore, Sal Mineo, and James Dean, including the 1975 James Dean: The First American Teenager.

Also, she appeared in the documentary, Cinerama Adventure released along with How the West was Won (2008). 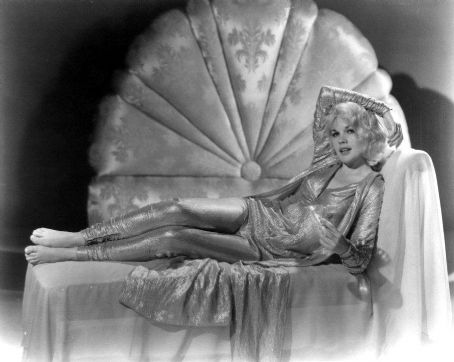