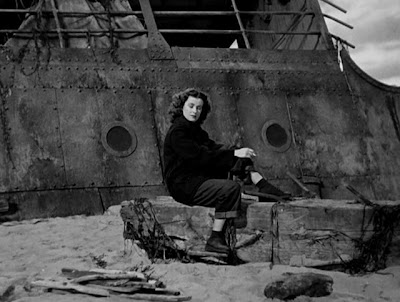 After waking up from a nightmare, Lieutenant Scott Burnett, becomes curious about the woman on the beach, named Peggy Butler, a married woman he sees on his daily patrol and the woman he sees in his nightmares.

Scott asks his girl friend, Eve Geddes, to marry him that night, but.. she asks Scott to wait another two weeks. 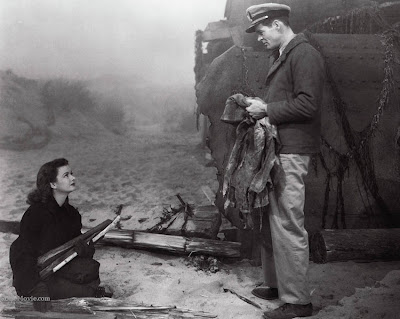 Later, Scott sees Peggy on the beach collecting fire-wood from an abandoned shipwreck, he stops and tells Peggy not to take the wood. She asks him if he is haunted by "ghosts" of the ship and then invites him to back to her house.

Peggy's husband Tod, is a blind, famous artist joins them. Tod invites Scott to stay, but he thinks it best to return to his station.

Later that night, Tod shows up at the station and invites Scott to have dinner at his house and Scott, who is supposed to meet Eve in town, agrees, standing her up. During dinner, Scott and Tod talk about Tod's blindness.

Later, Peggy confesses to Scott that she stays with Tod because she accidentally cut his optic nerve during a drunken fight and feels responsible for him. Scott, doubts that Tod is really blind and comes up with a plan to prove that he really can see.. Will he succeed?

There is some beautifully haunting imagery and Robert Ryan, in my opinion, gives a strong performance as does Joan Bennett . There's an interesting love triangle going on here, along with a very well done mystery. 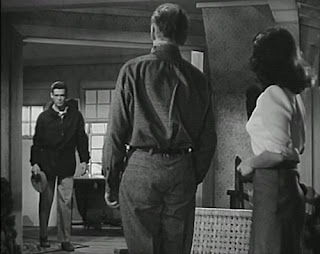 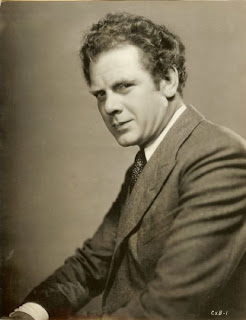 He was nominated three times for the Academy Award for Best Supporting Actor, for The Song of Bernadette (1943), The Farmer's Daughter (1947), and Johnny Belinda (1948).

Email ThisBlogThis!Share to TwitterShare to FacebookShare to Pinterest
Labels: joan bennett, robert ryan, the 40s, woman on the beach(1947)