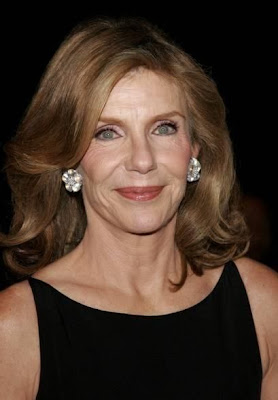 Jill Clayburgh, made her screen debut in, The Wedding Party(1963). She became well known for her performance in the comedy-mystery, Silver Streak(1976).

She was nominated for the Academy Award for Best Actress for the film, An Unmarried Woman(1978), for which she won the "Best Actress Award" at the Cannes Film Festival, and for the film, Starting Over(1979). She also received strong notices for a dramatic performance in, I'm Dancing as Fast as I Can.

Her other films: Portnoy's Complaint, Gable and Lombard (in which she portrayed screen legend Carole Lombard), Semi-Tough, It's My Turn, First Monday in October and in La Luna.

Television audiences know Clayburgh from the series and movies: Law and Order, The Practice. She received Emmy Award nominations for her work in the made-for-television movie Hustling(1975) and for guest performance in the series Nip/Tuck (2005).

In 2006, she performed on Broadway in, Barefoot in the Park. She also returned to the screen in, Running With Scissors. During 2007, Clayburgh performed in the ABC television series, Dirty Sexy Money.

I was really surprised to learn of this wonderful actress passing. She played many feminist parts, but.. no less glamorous .
Posted by Dawn at 7:49 AM

Email ThisBlogThis!Share to TwitterShare to FacebookShare to Pinterest
Labels: in memory, jill clayburgh