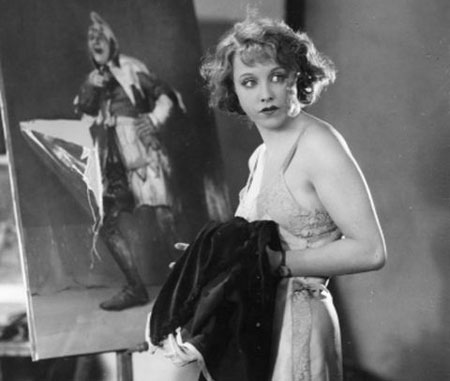 Blackmail (1929), Directed by Alfred Hitchcock. Cast: Anny Ondra, John Longden and Cyril Ritchard, and featuring Donald Calthrop, Sara Allgood and Charles Paton. The film is based on the play Blackmail by Charles Bennett. Having began production as a silent film, the studio, British International Pictures, decided to convert it to sound during shooting. As an early 'talkie', the film is frequently cited by film historians as a landmark film, and is often considered to be the first British sound feature film.

The story begins, as Scotland Yard Detective Frank Webber and his girlfriend Alice White decide to dine at a local tea house. They have an argument and Alice leaves with Mr. Crewe, an artist whom she has earlier agreed to meet.

At his apartment, Crewe sings and plays "Miss Up-to-Date" on the piano. He convinces Alice to try on a dress then makes a move on her as she is changing. Alice grabs a knife killing him.

Alice leaves after attempting to conceal any evidence of her presence in the apartment. Unfortunately, she has left her gloves behind.

The next day Frank is assigned to the case and finds one of the gloves. He realizes the glove belongs to Alice and visits Alice at her father's shop. Unsavory character Tracey, saw Alice at the artist's apartment earlier, and tries to blackmail the couple.

Things become complicated when Tracey becomes the chief suspect after the artist's landlady identifies him as being at the scene of the crime. Tracey runs for his life with the police hot on his trail. Will he be successful at getting away?

The camera angles, scenery, all combined to make what we would expect in a Hitchcock movie.

Alfred Hitchcock's cameo, shows him being bothered by a small boy as he reads a book on the London Underground. This is probably the lengthiest cameo appearance Hitchcock performed in his film career.

In one key shot, the villain Cyril Ritchard is photographed with a thick shadow (caused by the arm of an overhead chandelier) across his upper lip. Hitchcock wanted the image to evoke the old-fashioned, heavily mustached villain found in many silent films. He later called this touch "my farewell to silent pictures".

Generally acknowledged as the first British talkie, and definitely the first sound-on-film British talkie. The Clue of the New Pin (1929), was released in March 1929 in the British Phototone system.

With The Jazz Singer (1927) doing spectacular business, the producers decided that the last reel of this predominantly silent film should have sound. Alfred Hitchcock thought that this was an absurd idea and so he secretly filmed the whole thing with sound.

The light levels in the British Museum were insufficient to allow Hitchcock to film the final chase scene in the museum. Without informing the producer, Alfred Hitchcock used the Schufftan process (developed by German cinematographer Eugen Schüfftan). This involved taking still photos of the interior of the museum, then reflecting the photos in a mirror with certain parts of the silvering of the mirror scraped away to allow people (entering a door, for example) to be filmed through the mirror so that they appeared to be present in the museum (in later years, American development of traveling matte and other process photography methods largely replaced the Shufftan process).

Alfred Hitchcock filmed the silent version with Sam Livesey as the Chief Inspector, but when filming the sound version replaced Livesey with Harvey Braban.

Michael Powell claims to have suggested the use of The British Museum as the location for the final pursuit, thus beginning Alfred Hitchcock's use of famous landmarks in his "chase" films.

As Tracy (Donald Calthrop) sits eating some food which he has just gained in a first minor act of blackmail, he sits humming the tune "The Best Things in Life are Free". 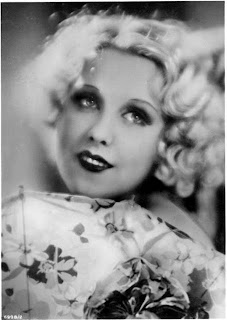 Anny Ondra (May 15 1903 – February 28 1987), acted in Czech, Austrian and German comedies in the 1920s, and in some British dramas, best known for her films: The Manxman and Blackmail (both in 1929). When Blackmail was remade with sound, Ondra's thick accent was considered unacceptable, so her dialogue was recorded by actress Joan Barry.

Ondra made forty more films in the sound era before retiring in the late-1930's.

She had a production company with her first husband, director Karel Lamac. Lamac had directed her in several silent films and also acted with her in films. They worked together, even after their divorce.

She was portrayed by Britt Ekland in the television movie, Ring of Passion (1978), where the character was named "Amy Ondra Schmeling."

She was also portrayed by Peta Wilson in another television movie Joe and Max (2002). 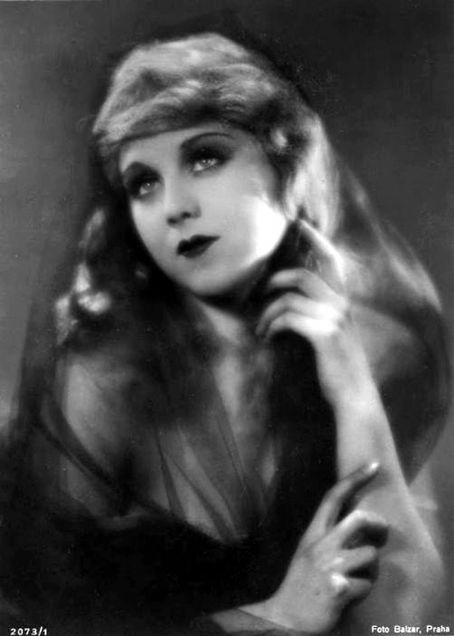