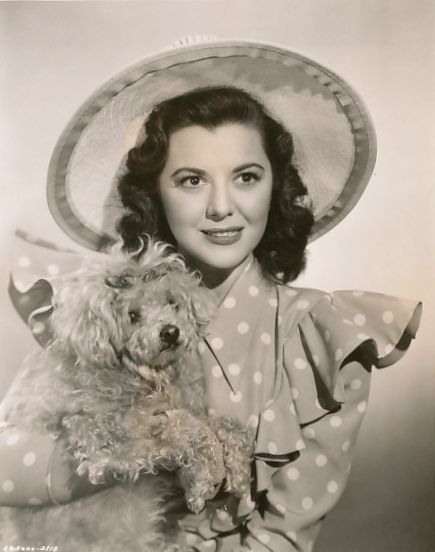 A very Happy Birthday to Ann Rutherford, who turns 90 today. Ann Rutherford was born in Vancouver, British Columbia, Canada on November 2, 1920. The daughter of a former Metropolitan Opera singer, John Rutherford and her actress mother, Lillian Mansfield, was destined for show business.

She appeared in a lot of films during the early 30's but really didn't have success until cast as Polly Benedict, in the long running Andy Hardy film series.

She appeared in 12 of those films. She also gained prominent recognition when cast as Scarlett O'Hara's sister Carreen in Gone With The Wind.

Ann had a long career which spanned over 40 years. A talented and very beautiful actress, Happy birthday Ann.
Posted by monty at 2:53 AM