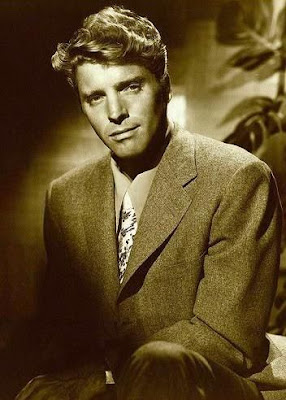 At the age of 9, Lancaster met Nick Cravat, with whom he worked with throughout his life. Together they formed the acrobat duo "Lang and Cravat" and joined the Kay Brothers circus. Unfortunately, in 1939, an injury would force Lancaster to give up the profession. He would later be reunited with Cravat in nine films: The Flame and the Arrow, The Crimson Pirate, Run Silent Run Deep, The Scalphunters, Airport, Valdez Is Coming, Ulzana's Raid, The Midnight Man and The Island of Dr. Moreau. He then found temporary work, first as a salesman for Marshall Fields, and then as a singing waiter in restaurants, until 1942.

The United States having then entered World War II, Lancaster joined the United States Army and performed with the Army's Twenty-First Special Services Division, one of the military groups organized to follow the troops on the ground and provide USO entertainment to keep up morale. He served with General Mark Clark's Fifth Army in Italy from 1943–1945.

TCM is celebrating Burt Lancaster's Birthday today with the movies listed below: