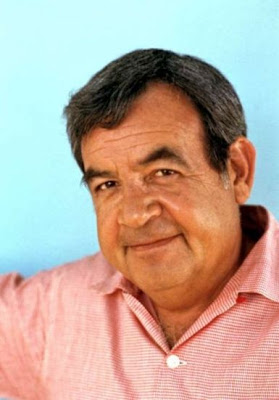 Actor Tom Bosley, career spanned five decades which included his best known role as the father on popular 1970s TV comedy, Happy Days. Bosley's first film performance was in, Love with the Proper Stranger(1963). Other films include: The World of Henry Orient, Divorce American Style and the made-for-television, The Triangle Factory Fire Scandal. Bosley shared a story about his experience with the Holocaust in the documentary film, Paper Clips.

Bosley's was one of my favorite character actors who guested star in a number of popular 1960s television shows such as: Diagnoses Unknown, The Man Who Wanted to Die(1962), The Law and Mr. Jones. In 1969 he performed in a comical episode of The Virginian. Other performances include: Route 66, Dr. Kildare, Marcus Welby, M.D, Bonanza,The Love Boat and Murder, She Wrote. He continued working well into the 2000s with parts in series such as That 70s Show. So long, Mr. C.
Posted by Dawn at 11:21 AM

Email ThisBlogThis!Share to TwitterShare to FacebookShare to Pinterest
Labels: in memory, tom bosley