Thrillers and Chillers: Chandu the Magician (1932) 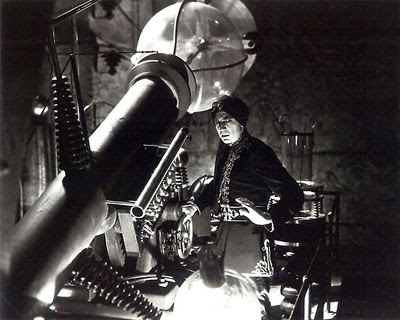 Chandu the Magician (1932) is a mystery film. Cast: Edmund Lowe, Frank Chandler and Bela Lugosi. Based on the radio play of the same name, written by Harry A. Earnshaw, Vera M. Oldham and R.R. Morgan. The radio series ran from 1932 to 1933 and Fox obtained the rights hoping the film would appeal to a ready-made audience. In 1934 Chandu returned in a twelve part serial, The Return of Chandu, only this time Bela Lugosi played Chandu.

Frank Chandler had learned all he could from the Yogis in India and has become a Chandu. He has the power to teleport, astral project, mesmerize, as well as project illusions. With these supernatural abilities and strength he is able conquer all evil that threatens mankind.

Evil Egyptian Roxor kidnaps Chandu's brother-in-law, Robert Regent, an inventor of the death ray that can cover half way round the world. Chandu must use what he learned from the yogis to rescue his family, whom Roxor has kidnapped in order to learn the secrets of the death ray.

Chandu's sweetheart Egyptian Princess Nadji also is kidnapped, leaving Chandu to struggle with who to rescue first. Will Chandu have the right knowledge to save them all from the evil clutches of Roxor?

I really enjoyed this film with its erie lighting effects which make the film come alive. Amazing hieroglyphics on the walls and keep an eye on the eyes of living statues. 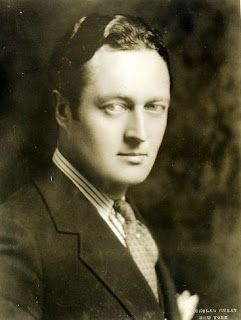 Edmund Lowe's career included over 100 films . He is best remembered for his role in the movie, What a Price for Glory(1926). Making a smooth transition to talking pictures he remained popular until the mid 30's. He was no longer a major star although he occasionally performed with Jean Harlow, May West and Claudette Colbert. He also starred in the 1950s television show, Front Page Detective and played the elderly villain in the first episode of Maverick in 1957.
Posted by Dawn at 3:30 AM

Email ThisBlogThis!Share to TwitterShare to FacebookShare to Pinterest
Labels: chandu the magician(1932), the 30s, thrillers and chillers