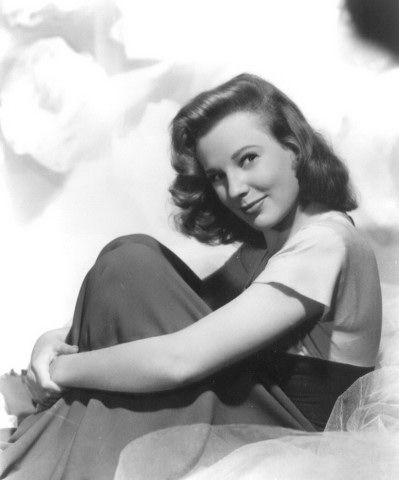 June Allyson, was a major MGM star in the 1940s and 1950s. Allyson, won the Golden Globe Award for Best Actress for her performance in the film, To Young to Kiss(1951). Other cast members: Van Johnson, Gig Young, Paula Corday, Kathyrn Givney, Larry Keating and Hans Conried. Directed by Robert Z. Leonard, produced by Sam Zimalist. This movie is about a 22 year-old woman impersonating a 12 year-old, piano prodigy. Cynthia Potter, has always dreamed of becoming concert pianist. After years of auditions, she finally gets the opportunity she has alwaysdremed of to play for New York's biggest impresario. Amazed by her performance, he signs June to a 5-year contract. There's only one problem, he thinks she is 12 year-old Molly, instead of 22 year-old Cynthia. As he prepares her for her first concert at New Symphony Hall, June decides to reveal her true identity. A wonderful film full of music, which makes the movie entertaining. 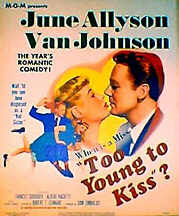 From 1959–1961, she hosted and starred in her own CBS anthology series, The DuPont Show with June Allyson.

Good friend of James Stewart and played his wife in three different films.

Was a good friend of Judy Garland. They were both under contract at MGM in the 1940s, and Judy used to give June rides in Judy's car to the studio. In interviews after Garland's passing, Allyson said that she could hardly talk about Garland without getting tears in her eyes because she was such a special lady who didn't have appropriate help available to her in her lifetime. 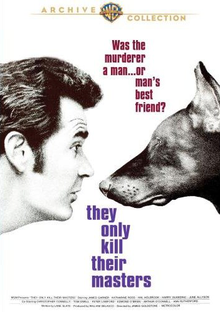 My June Allyson Halloween movie pick(I did not think I would find one): They Only Kill Their Masters(1972 ). Mystery movie. Cast: James Garner, Katharine Ross,Hal Holbrook, June Allyson, Tom Ewell, Peter Lawford, Edmond O'Brien, and Arthur O'Connell. The film was written by Lane Slate and directed by James Goldstone.

The story begins in a small sleepy town between San Francisco and Los Angeles, where a young woman is killed under mysterious circumstances.

Many believe that the victim was killed by her own Doberman Pinscher. The police chief also believes this theory until he learns that the dog had nothing to do with it when he looks deeper into the case.

I thought this was a bizarre film. I could not make make too much sense out of what is going on. Although.. Garner is always fun to watch. 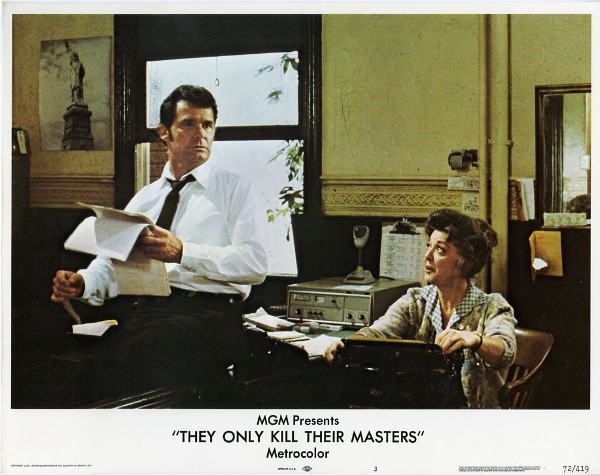