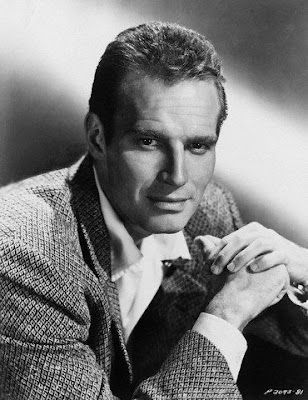 Charlton Heston, was a bigger than life actor of film, theatre and television. Heston is best known for having played heroic roles, such as Moses in The Ten Commandments, Colonel George Taylor in Planet of the Apes, El Cid, and Judah Ben-Hur, for which he won the Academy Award for Best Actor. 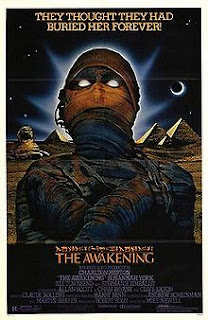 The Awakening (1980). British horror film. It was directed by Mike Newell. It is the third film version of Bram Stoker's 1903 novel The Jewel of Seven Stars, which had previously been adapted for television in 1970 as The Curse of the Mummy, followed by a theatrical adaptation in 1971, Blood from the Mummy's Tomb, released through Hammer Films. The film stars Charlton Heston, Susannah York, and Stephanie Zimbalist in an early acting role.

The film begins as archaeologist opens the tomb of an ancient Egyptian queen at the exact moment his daughter is born. Many years later, the girl, now a teenager, begins to have many frightening changes in personality. People begin to mysteriously die. Heston soon comes to believe that the spirit of a cruel queen, named Kara, possessed his daughter at the moment of her birth andplans to live through her body.

This film has some beautiful Egyptian location shots. If you like the mysteries of Egypt or mummy movies you may like this film. Yes, it is a little gory at times.
Posted by Dawn at 9:57 AM