Charles Laughton (July 1, 1899 – December 15, 1962). Was an English-American stage and film actor, screenwriter, producer and two-time director. Laughton was best known for his historical roles in films. 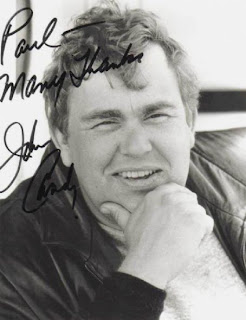 John Franklin Candy (October 31, 1950 – March 4, 1994). Best known for his role as "Ox" in the comedy film Stripes(1981). Another well known performances was that of Del Griffith in the comedy Planes, Trains and Automobiles.
Posted by Dawn at 4:17 AM