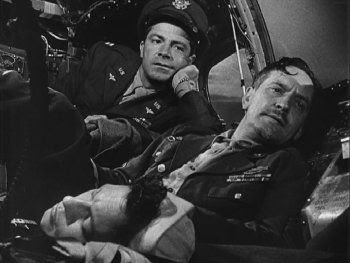 Samuel Goldwyn, was inspired to produce a film, about veterans after reading an August 7, 1944 article in Time magazine, about the difficulties experienced by men returning home to civilian life. Goldwyn hired war correspondent MacKinlay Kantor to write the screenplay.

At the end of World War II, three servicemen meet on a flight to Boone City, their hometown. The men, Air Force Captain Fred Derry, sailor Homer Parrish, and Army Sergeant Al Stephenson, quickly become friends, even though they come from different backgrounds.

Al is a banker with a wife and two children. Fred is a former soda jerk from the wrong side of the tracks and Homer, who has lost both hands in the war. As they share a taxi from the airport, they talk about many favorite places they used to hang out at, including a tavern run by Homer's uncle, Butch Engle. Each share their concerns about the future and how they will adapt to civilian life. Just as they expected, each of the veterans faces a crisis on their first day home.

I thought this was a very powerful movie and you will not soon forget, the initial joy of the three men's homecoming and the problems, that they face as they try to build a new life for themselves and their families. 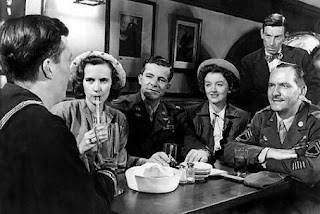 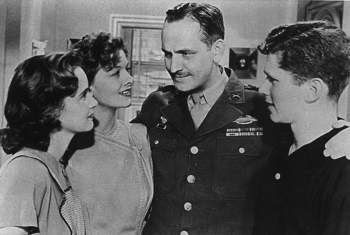 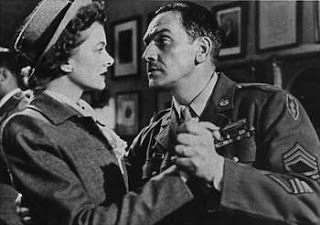 William Wyler wanted a completely unglamorous look, requiring all costumes to be bought off the rack and worn by the cast before filming, and making sure all sets were built smaller than life-size. In order to give the film a documentary-style realism, the director drew each member of the crew - props, grips, mixers, etc. - from the ranks of WWII veterans.

This was the first time Myrna Loy had worked with William Wyler and she was wary of his reputation as "90-Take Willy". As it turned out, the two got along very well.

In 1946 this became the most successful film at the box office since Gone with the Wind (1939) which was released 7 years earlier.

Myrna Loy receives top billing as she was the most successful female star at the time.

During the wedding scene at the end, Harold Russell fluffed his lines during his vows. Rather that calling cut and ordering a re-take, William Wyler liked how natural it sounded and this was the take used. 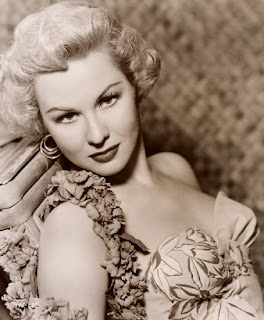 Virgina Mayo, worked as a dancer, then signed a contract with Samuel Goldwyn and performed in several movies with Danny Kaye.

She played the dream-girl heroine in: Wonder Man (1945), The Kid from Brooklyn (1946) and The Secret Life of Walter Mitty (1947). In her Hollywood heyday, Mayo was known as the voluptuous beauty in the film, The Girl from Jones Beach.

In 1949's White Heat she played the unsympathetic role of "Verna Jarrett", opposite James Cagney.

She was also cast against type as a gold digger in, The Best Years of Our Lives.

Her film career continued through the 1950s and 1960s, frequently in B-movie westerns and adventure films.

She has also starred in Cactus Flower, How the Other Half Loves and the musical comedy, Good News. 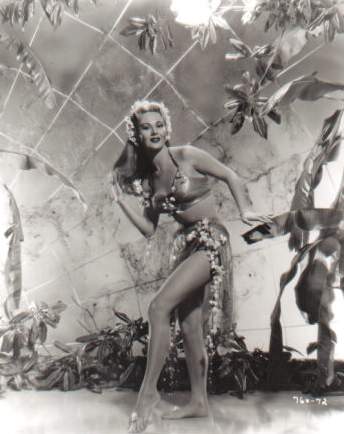 Email ThisBlogThis!Share to TwitterShare to FacebookShare to Pinterest
Labels: dana andrews, fredric march, myrna loy, the 40s, the best years of our lives (1946)