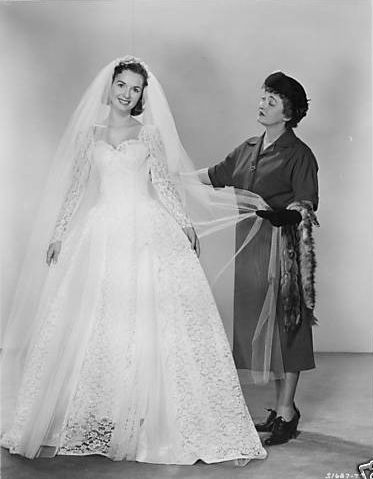 The Catered Affair (1956). Directed by Richard Brooks and produced by Sam Zimbalist from a screenplay by Gore Vidal, based on a television play by Paddy Chayefsky. The film score was by Andre Previn and the cinematography by John Alton. Cast: Bette Davis, Ernest Borgnine, Debbie Reynolds, Barry Fitzgerald, Ray Stricklyn and Rod Taylor.

The story begins when Sam Leiter, tells Tom Hurley the cab they have been wanting to buy is available. Thrilled about owning his own cab, Tom goes home to share the news with his family. His Daughter Jane says that her fiance, Ralph Halloran, has been asked to drive a car to California and they want to get married, so she can go with him. His wife Aggie wants to give her daughter a big wedding, but Jane insists that there be "no wedding reception, no nothin',".

While Ralph's parents are visiting, Uncle Jack stumbles in drunk. Embarrassed by Jack's behavior and ashamed of her family's financial situation, Aggie insists that Jane have a large wedding, even though, they can not afford it. Aggie has such deep regrets about her own wedding, that Jane can not say no to her mother and gives into having a catered affair.

While making plans with the caterer at the Hotel Concourse Plaza, Tom can not believe the cost of the food, flowers and limousines. To make matters worse, Jane learns that Ralph's mother has invited twice as many people as she first planned.

When Sam comes over to discuss the cab partnership, Jane hears her father say, that he will be not be able to go ahead with their plans. Aggie and Tom, get into a heated argument, Jane so upset says that she is calling off the wedding. Feeling sorry for himself he gets drunk and falls asleep. On the morning of the wedding, when he finally wakes up, she admits that she was wrong. The important thing, is that they witness their daughter's marriage together.

This film was Bette Davis favorite film. She called her performance "my proudest effort". I agree that "A Catered Affair" is one of the very best films Bette Davis has ever performed in. 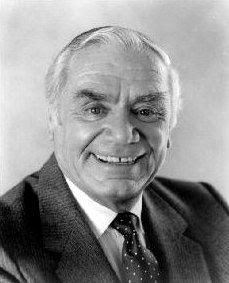 He was an unconventional lead in many films of the 1950's, including his Academy Award-winning film, Marty(1955).

On television, he is best known for playing Quinton McHale in the 1962-66 series McHale's Navy, costarring in the mid-1980's action series Airwolf, and voicing the character Mermaid Man in the animated series, SpongeBob SquarePants.

Borgnine earned an Emmy nomination at age 92 for his work on the series ER.

In August 2009 he earned the Lifetime Achievement Award from the Rhode Island International Film Festival.
Posted by Dawn at 3:26 AM