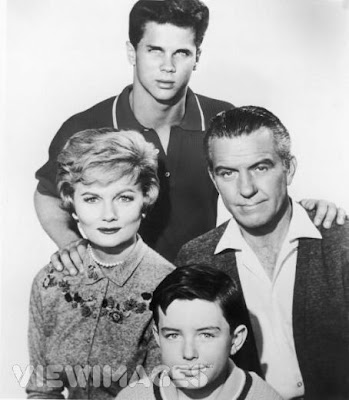 Barbara Billingsley, landed a contract with MGM Studios in 1945 , where she went on to perform in uncredited roles, in major motion picture productions: The Bad and the Beautiful, Three Guys Named Mike, Invaders from Mars (1953). Her film experience led to roles on the sitcoms: Professional Father and The Brothers as well as an appearance with David Niven on his anthology series, Four Star Playhouse. In 1957, she guest starred in the episode "That Magazine" of the CBS sitcom Mr. Adams and Eve. She co-starred in, The Careless Years, which was her first and only major role in the movies.

In 1952, Billingsley had her first guest-starring role on an episode of The Abbott and Costello Show. The part led to other roles on The Lone Wolf, two episodes of City Detective, The Pride of the Family, Schlitz Playhouse of Stars, Letter to Loretta, General Electric Summer Originals, You Are There, Cavalcade of America, Panic!, Mr. Adams and Eve, The Love Boat, Silver Spoons, Parker Lewis Can't Lose, Mike Hammer, Empty Nest. She reprised her June Cleaver role three times, in Amazing Stories, Baby Boom and Roseanne. She also guest-starred on an episode of Make Room For Daddy, in which Thomas's character is a widower.

After Billingsley signed a contract with Universal Studios in 1957, she made her mark on TV as everyday mother, June Cleaver on, Leave It to Beaver (Pictured above). Leave it to Beaver 1950s-1960s. Idealized suburban family situation comedy about an inquisitive/naive boy and his adventures at home, in school, and around his neighborhood.

I will always remember Barbara Billingsley performance in the TV show, Leave it to Beaver.
Posted by Dawn at 4:25 AM

Email ThisBlogThis!Share to TwitterShare to FacebookShare to Pinterest
Labels: Barbara Billingsley, in memory