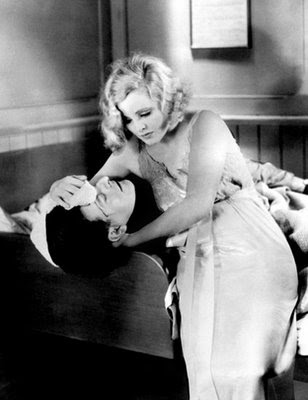 Rich and Strange (1931). It was adapted by Hitchcock, his wife Alma Reville, and Val Valentine from a novel by Dale Collins. The film is best known for the sets, including a recreation of a full-sized ship in a water tank used in the final scene of the film. Hitchcock also experimented with different camera techniques and shot compositions. Cast: Henry Kendall, Percy Marmont, Betty Amann and Joan Barry.

A young London couple, is left a small fortune by an uncle. Immediately, Fred quits his job and they leave on a cruise for "the Orient". In the beginning Fred has trouble with sea-sickness. Looking for something to do, Emily begins a relationship with a Commander Gordon. Finally feeling well enough to go on deck, Fred  falls in love with  a German "princess". Both begin spending all their vacation time with their new loves .

Emily leaves the ship with Gordon for a home he has near Singapore, only to realise that she cannot go through with it and returns back to the ship . Meanwhile, Fred is headed for Burma with the princess, only to learn that she has stolen his money and taken off for Burma. Now the couple has only enough money to pay their bill and to buy a ticket home to England on a "tramp steamer".  The tramp soon is involved in an at-sea accident while they are sleeping and they wake to find themselves alone. The other survivors having all been rescued. Will they be rescued before the ship sinks?

I just saw this very entertaining film for the first time. The film is full of odd plot twists and turns. The story, swings from comedy to melodrama to drama to suspense. 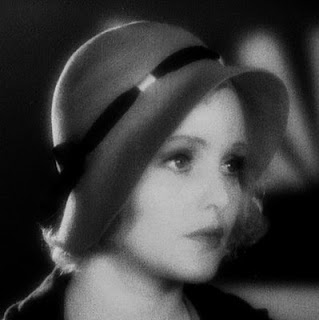 Joan Barry , performed at the St James Theatre in London when seventeen. She dubbed the voice of Anny Ondra in the Alfred Hitchcock film, Blackmail (1929). Barry performed in Hitchcock's,  Rich and Strange two years later. She retired from the screen after her marriage in 1934. She had two children with her only husband, Henry Frederic Tiarks III.
Posted by Dawn at 3:21 AM

Email ThisBlogThis!Share to TwitterShare to FacebookShare to Pinterest
Labels: alfred hitchcock, rich and strange(1931), the 30s