Alfred Hitchcock Presents: A Man With A Problem (1958). A Man With A Problem (1958). Cast: Elisabeth Montgomery and Gary Merrill.

After Carl checks into a hotel and steps out the window, thinking about jumping off the ledge. Carl thinks back to his problems that have led him here: His wife Karen was having an affair with a married man named Steve and decides to leave him. Carl warns her that men like Steve will never leave his wife. She refuses to listen, but.. later finds out that her husband was right and she commits suicide.

Leave it to Hitchcock to give us a surprise ending. 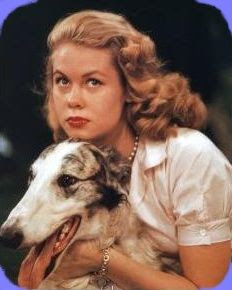 Elisabeth Montgomery made her television debut in her father's series Robert Montgomery Presents and her film debut in, The Court Martial of Billy Mitchell(1955).

Her early career she made appearances in live television dramas and series, such as: Studio One, Kraft Television Theater, Johnny Staccato, The Twilight Zone, The Eleventh Hour, Boris Karloff's Thriller and Alfred Hitchcock Presents.

In 1960 Montgomery was nominated for an Emmy for her portrayal of southern prostitute Rusty Heller in an episode of The Untouchables.

She performed as a socialite with Henry Silva and Sammy Davis, Jr. in the film Johnny Cool(1963) and, the same year, with Dean Martin and Carol Burnett in, Who's Been Sleeping in My Bed? Alfred Hitchcock, wanted her to play the sister-in-law of Sean Connery, in the movie Marnie, but Montgomery was unavailable because of her new television show: Bewitched. 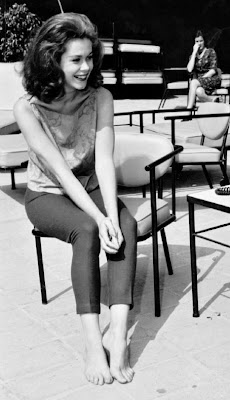