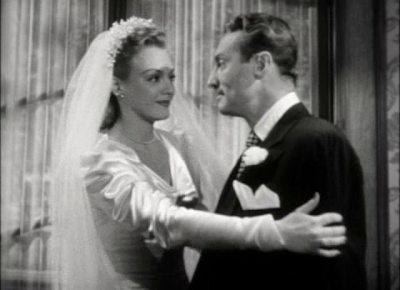 The film begins with Claire Cummings, a gossip reporter, who just married wealthy businessman Carl Hanneman, but.. that doesn't stop her from loving another man.

Later, at the race track Carl can not believe all the money she is betting on the horses. Carl, also happens to read a the letter that says that she is tired of her marriage and he then tells her the marriage is over. Car, then decides to take a business trip on their honeymoon. When Claire and Les arrives at her apartment, they find Carl dead. Les believes he committed suicide. The police believe it is murder, but Claire gets off through lack of evidence.

Next, she set her sights on Stanley Mason a high powered attorney, who, falls under her spell and gets the police to close her late husband's case. A blackmailer, who helped with Claire's alibi, now wants payment, is shot in the back. Mason suspects Claire and after talking to a doctor tries to convince Claire that she needs help. Unfortunately, Claire doesn't agree and her true colors come through.

This film belongs to Leslie Brooks who steals the film. She is no Phyllis of Double Indemnity, she can kill off rich husbands herself. Like the tag line says, "ICE in her veins, ICICLES in her heart" I also remember her from the film "Cover Girl" (1945). She played the girl, who gave her tips on how to impress the editors. 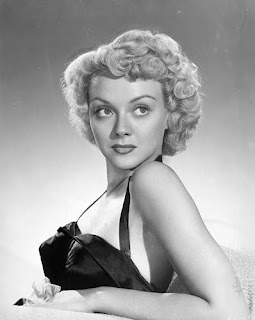 Leslie Brooks, (Date of Birth 13 July 1922). Started in unbilled bit parts but moved into second leads and almost always cast as provocative dames with evil intentions. Retired from films after a second marriage and moved to Hawaii with her family. Her first husband, Donald Anthony Shay, was an actor and ex-marine. They married in Beverly Hills. 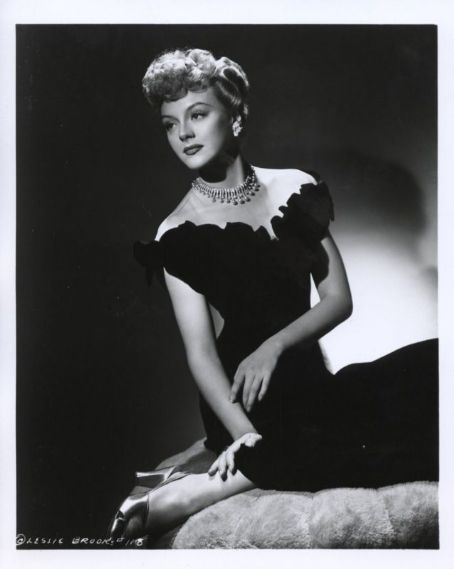