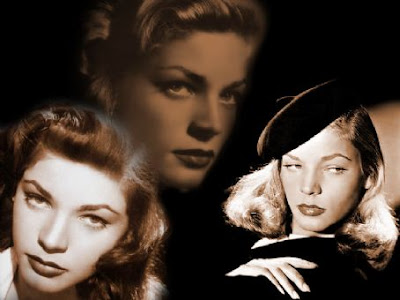 Lauren Bacall (September 16, 1924), film, stage actress and model, best known for her husky voice and sultry looks. Her parents divorced when she was five and she took on her mother's last name, the two moved to California.

Bacall took lessons at the American Academy of Dramatic Arts. During this time, she became a theatre usher and worked as a fashion model.

As Betty Bacall, she made her acting debut, at age 17, on Broadway in 1942, as a walk-on in Johnny 2 X 4. There she met her idol Bette Davis at Davis' hotel. Years later, Davis visited Bacall backstage to congratulate her on her performance in Applause, a musical based on, All About Eve.

Howard Hawks' wife Nancy, saw her picture in Vogue and talked Hawks to have her take a screen test for the classic film, To Have and Have Not. Hawks had asked his secretary to find out more about her, but the secretary misunderstood and sent her a ticket to Hollywood for the audition. He signed her up to a seven-year contract, brought her to Hollywood and began to manage her career. Hawks changed her name to Lauren Bacall and dressed her stylishly. Bacall's voice was trained to be lower and sexier. In the movie, Bacall takes on Nancy's nickname “Slim.” During screen tests for To Have and Have Not (1944), Bacall was nervous. To minimize her quivering, she pressed her chin against her chest and to face the camera, tilted her eyes upward. This effect became known as "The Look", Bacall's trademark. 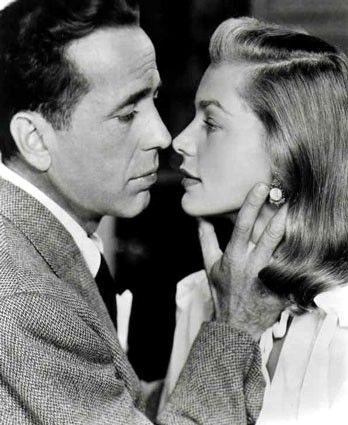 Humphrey Bogart, who was married to Mayo Methot, fell in love with Bacall several weeks into shooting and they began a relationship.

On a visit to the National Press Club in Washington, D.C. on February 10, 1945, Bacall's press agent, chief of publicity at Warner Bros. Charlie Enfield, asked the 20-year-old Bacall to sit on the piano which was being played by Vice-President of the United States Harry S. Truman. The photos made worldwide headlines.

After filming, To Have and Have Not, Bacall, played opposite Charles Boyer in, Confidential Agent (1945). 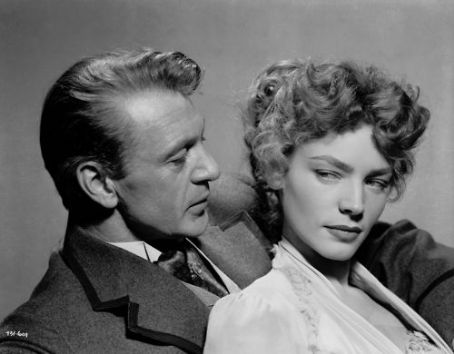 She was cast with Gary Cooper in the period drama, Bright Leaf (1950). 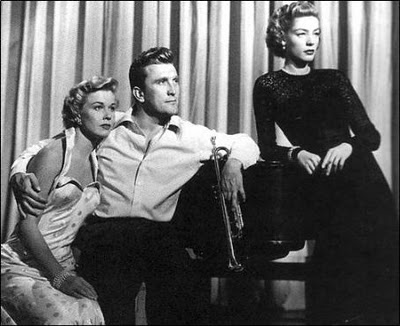 During 1951-52, Bacall co-starred with Bogart in the syndicated action-adventure radio series Bold Venture. 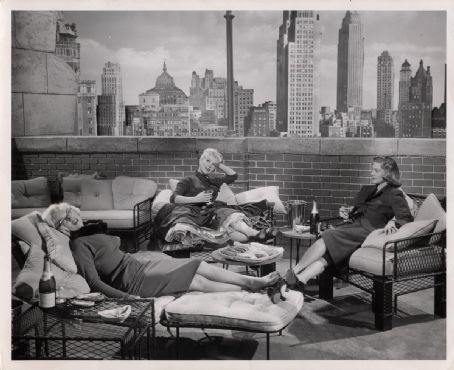 Bacall starred in the comedy, How to Marry a Millionaire (1953), with Marilyn Monroe and Betty Grable. Bacall, played the witty gold-digger, Schatze Page. According to her autobiography, Bacall refused the invitation from Grauman's Chinese Theatre to press her hand- and footprints in the theatre's cemented forecourt at the Los Angeles premiere of the film.

She then went on to perform in the classic film, Written on the Wind(1956), with Rock Hudson, Dorothy Malone and Robert Stack. Bacall states in her autobiography that she did not think much of the role. 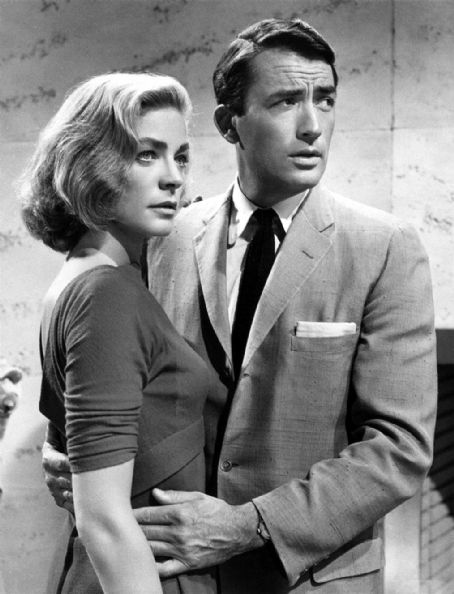 While dealing with Bogart's cancer of the esophagus, Bacall starred with Gregory Peck in the comedy, Designing Woman(1957). Directed by Vincente Minnelli and released in New York City on May 16, 1957, four months after Bogart lost his fight with cancer on January 14.

Bacall, went on to perform in the classic films, Sex and the Single Girl (1964) with Henry Fonda, Tony Curtis and Natalie Wood, Harper (1966) with Paul Newman, Shelley Winters, Julie Harris, Robert Wagner and Janet Leigh, and Murder on the Orient Express (1974), with Ingrid Bergman, Albert Finney and Sean Connery.

In 1964, she appeared in two episodes of the CBS drama, Mr. Broadway: first in "Take a Walk Through a Cemetery", with then husband Jason Robards, Jr. and Jill St. John, and then as Barbara Lake in "Something to Sing About", with Martin Balsam as Nate Bannerman. For her work in the Chicago theatre, Bacall won the Sarah Siddons Award in 1972 and again in 1984.

In 1976, she co-starred with John Wayne in his last picture, The Shootist. The two became friends, despite the political differences between them. They had previously been cast together in 1955's Blood Alley.

In 1997, Bacall was nominated for a Best Supporting Actress Academy Award for her role in The Mirror Has Two Faces (1996), her first nomination after a career span of more than fifty years. She had already won a Golden Globe and was widely expected to win the Oscar, but it went instead to Juliette Binoche for The English Patient. Bacall received the Kennedy Center Honors in 1997.

Her movie career has seen a new renaissance such films, Dogville (2003) and Birth (2004), both with Nicole Kidman. She is one of the leading actors in movie, The Walker(2007).

In March 2006, Bacall was seen at the 78th Annual Academy Awards introducing a film montage dedicated to film noir. She also made a cameo appearance as herself on The Sopranos, in the April 2006 episode, "Luxury Lounge", during which she was punched and robbed by a masked hoodlum played by Michael Imperioli.

In September 2006, Bacall was awarded the first Katharine Hepburn Medal, which recognizes "women whose lives, work and contributions embody the intelligence, drive and independence of the four-time-Oscar-winning actress", by Bryn Mawr College's Katharine Houghton Hepburn Center.

She gave an address at the memorial service of Arthur M. Schlesinger, Jr at the Reform Club in London in June 2007.

Bacall is the spokesperson for the Tuesday Morning discount chain. Commercials show her in a limousine waiting for the store to open at the beginning of one of their sales events.

She is currently producing a jewelry line with the company, Weinman Brothers. She previously was a celebrity spokesperson for High Point coffee (video below) and Fancy Feast cat food.


Bacall was selected by the Academy of Motion Picture Arts and Sciences to receive an Honorary Academy Award. The award was presented at the inaugural Governors Awards on November 14, 2009. 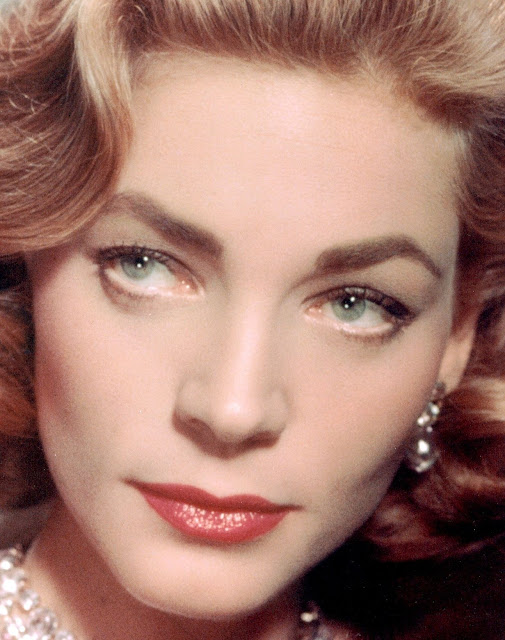