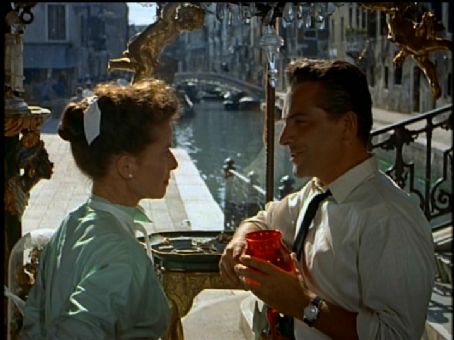 Summertime(1955). American/British drama film directed by David Lean. The screenplay by Lean and H. E. Bates is based on the play The Time of the Cuckoo by Arthur Laurents. Cast: Katharine Hepburn, Rossano Brazzi, Isa Miranda and Darren McGavin.

American Jane Hudson, a middle-aged, unwed secretary, is on her first dream vacation in Venice. While taking the water bus to her hotel, Jane meets two other Americans, Lloyd and Edith McIlhenny, who are also on a European tour.

Jane films their journey with her camera thoroughly enjoying herself. Jane is greeted by Signora Fiorini, a widow who turned her home into a tourist boardinghouse. Jane also meets Eddie Yaeger, an American painter who is studying art in Italy with his wife Phyl. When the signora shows Jane her room, Jane shares with her that she met a girl who was coming to Venice to find a "magical, mystical miracle," that she had been missing from her life. Signora Fiorini knows that Jane is speaking about herself and that she hopes to find romance.

This is a gorgeous movie. The performances are all wonderful but the film belongs to Hepburn. She performs in one of her most heart felt performances. Showing us what this woman feels as she watches alone and unable to really connect with others. Loved Signora Fiorini clothes in this movie. I can actually see myself wearing the dress (pictured below). 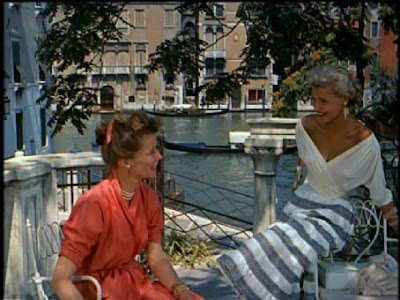 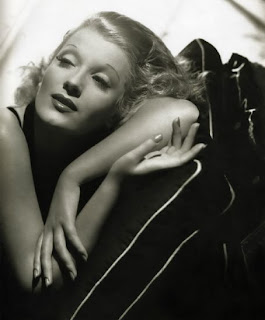 Isa Miranda worked as a typist while she was studying drama at the academy in Milan and training as a stage actress. She went on to play bit parts in Italian films in Rome.

Her film career began with the film, (Every body's Woman) (1934). This was Miranda's best on screen performance and it brought her many film offers and a Hollywood contract with Paramount Pictures. There, billed as the "Italian Marlene Dietrich", she played several femme fatale roles in films: Hotel Imperial (1939) and Adventure in Diamonds (1940).

She returned to Italy soon after the outbreak of World War II and continued to act on the stage and to make films.

In 1949, she performed in the film, The Walls of Malapaga, which won an Academy Award for the most outstanding foreign language film of 1950, and for Miranda, the Palme d'Or at the Cannes Film Festival. Another film was, La Ronde (1950).

Her career took her to France, Germany and England, where she performed in TV films, including The Avengers. Other film performances: Siamo donne (1953), where Miranda shares the screen with three other screen legends, Anna Magnani, Alida Valli and Ingrid Bergman, Summertime (1955), Gli Sbandati (1955), La Noia (The Empty Canvas, 1963), The Yellow Rolls-Royce (1964), The Shoes of the Fisherman (1968) and Liliana Cavani's Il portiere di notte (The Night Porter, 1974). 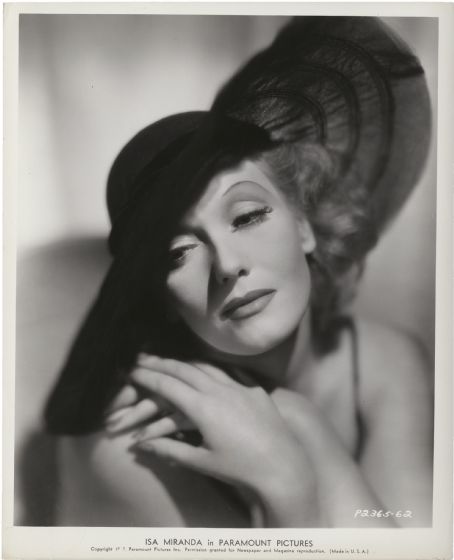