This Week On Noir and Chick Flicks: 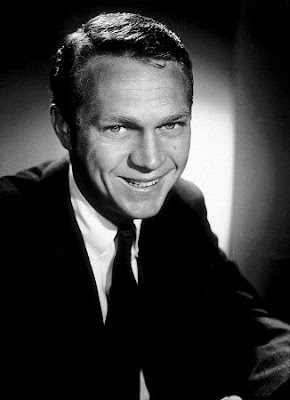 This week at the movies: Alfred Hitchcock Presents, was an American television anthology series hosted by Alfred Hitchcock. The series featured dramas, thrillers and mysteries. By the premiere of the show on October 2, 1955, Hitchcock had been directing films for over 30 years.


This weeks feature: The Human Interest Story. Newspaper reporter (Steve McQueen pictured above) interviews a man who believes he is from the planet Mars. Click picture on side bar to view movie.


ON TCM: Sun. Sept.19, 2010. Maytime(1937). MGM musical romance, directed by Robert Z. Leonard, starring Jeanette MacDonald and Nelson Eddy. The screenplay was rewritten from the book for Sigmund Romberg's 1917 operetta Maytime by Rida Johnson Young, Romberg's librettist; however, only one musical number by Romberg was retained.


New Feature on Side Bar: Revolver Globe Map, which shows where our friends from around the world are visiting us from. I hope you find it as interesting as I do. :)