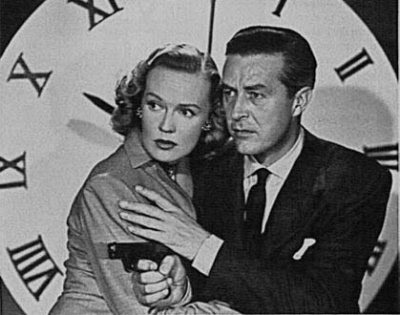 The film begins with, George Stroud, editor-in-chief of Crimeways magazine, hiding from security guards, in the clock tower of the Janoth Publications building, in New York City. As he is about to leave on his honeymoon after seven years of marriage. He is ordered by his over baring boss, Earl Janoth, to go on assignment or be fired. George decides to quit his job at the magazine.

Janoth's mistress Pauline York, follows him to the bar where he stopped in for a drink. Pauline, wants to help George humiliate Janoth by writing the truth about him in a biography. George tells Pauline that Janoth fired a man earlier in the day just for using red ink instead of green.

They go on a search for a green clock as a "present" for Janoth. While in an antique shop, George and Pauline out-bid a woman for a Patterson painting, unaware that she is, Louise Patterson.

After finding the green clock, Burt gives George and Pauline a sundial. After which George takes Pauline home and falls asleep on her couch.

Around one-thirty in the morning, Pauline sees Janoth arriving and pushes George out the door with his painting.

Unfortunately, Janoth catches a glimpse of him waiting for the elevator and he and Pauline get into a fight about their infidelities. Pauline tells Janoth she spent the evening with a man named Jefferson Randolph. When Janoth insults her, Pauline says that women only go out with him for his power and position. Before he knows what he is doing, he snaps and hits her with the sundial, instantly killing her.

He then calls one of his editors, Steve Hagen, for help. They quickly come up with a plan to shift the blame on, George Stroud.

I just saw The film, The Big Clock, for the first time. I thought it was a wonderful film noir, that has one man trying to out think the other.

This video has a couple of wonderful, Elsa Lanchester, scenes. 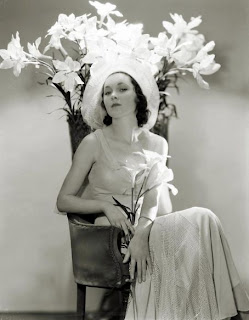 Maureen O'Sullivan (17 May 1911 – 23 June 1998), film career began when she met director Frank Borzage, who was doing location filming on. Song o' My Heart. He suggested she take a screen test. After she won the part in the movie, she moved to the United States.

O'Sullivan performed in six movies at Fox, then made three more at other movie studios.

In 1932, she signed a contract with Metro-Goldwyn-Mayer. After several roles there and at other movie studios, she was chosen to perform as, Jane Parker in Tarzan the Ape Man with Johnny Weissmuller.

In all, O'Sullivan played Jane in six features between (1932) and (1942). She did not mind doing the first two jungle movies, but was worried she would become typecast and quickly became bored with the role.

She also performed with William Powell and Myrna Loy in, The Thin Man (1934) and played Kitty in, Anna Karenina (1935) with Greta Garbo and Basil Rathbone. She performed as Molly Beaumont in A Yank at Oxford (1938). She played another Jane in Pride and Prejudice (1940) with Laurence Olivier and Greer Garson, and supported Ann Sothern in Maisie Was a Lady (1941).

After performing in Tarzan's New York Adventure (1942), O'Sullivan asked MGM to release her from her contract so she could care for her husband who had just left the Navy with typhoid. She then retired from show business, devoting her time to being a wife and mother. 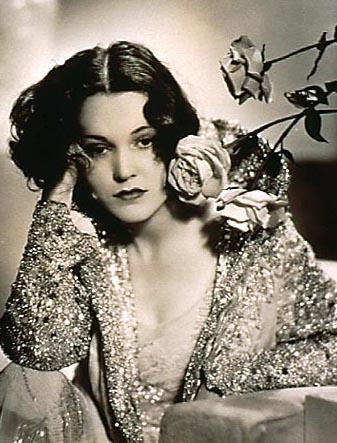