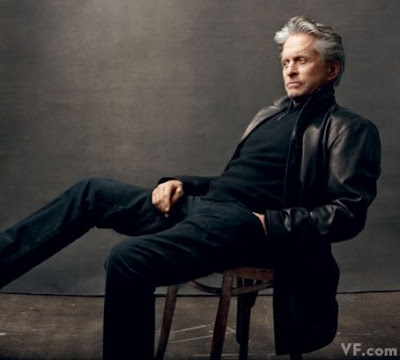 Douglas began his film career in the late 60's and early 70's performing in the film Hail, Hero! and Summertree. He is best known for his role in the TV series The Streets of San Francisco from 1972 to 1976, where he starred alongside Karl Malden.

In 1975, Douglas received from his father, Kirk Douglas, the rights to the novel One Flew Over the Cuckoo's Nest. Michael produced the film with Saul Zaentz. The lead role went to a young Jack Nicholson, who ended up winning the Academy Award for Best Actor.  Douglas won the Award for Best Picture for producing it.

After leaving Streets of San Francisco in 1976, Douglas performed in the film, Coma(1978) and Running(1979). In 1979, he also starred in The China Syndrome, a  film co-starring Jane Fonda about a disaster at a nuclear power plant.