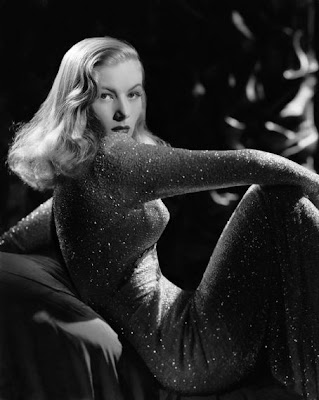 The Blue Dahlia (1946). Film noir directed by George Marshall and written by Raymond Chandler. The film is the third pairing of Alan Ladd and Veronica Lake.

Three United States Navy officers, Johnny Morrison, Buzz Wanchek and George Copeland, arrive in Hollywood, California. Johnny surprises his wife Helen and discovers she is having an affair with the owner of the Blue Dahlia nightclub. Helen, drunk, confesses to Johnny that their son Dickie, who Johnny believed died of diphtheria, really died in a car crash because she was driving drunk.

Not knowing who Helen really is , Buzz goes to her apartment for a drink. After Eddie ends the affair, Helen blackmails him into seeing her again. Johnny, is picked up walking in the rain by Joyce Harwood.  They spend the night in separate rooms in a Malibu inn. The next morning, the radio informs them that Helen has been murdered and that Johnny is suspected. How will Johnny prove is innocence?

I just watched the film, Blue Dahlia, for the first time . I thought the film had plenty of action and a surprise twist or two that will keep you guessing. 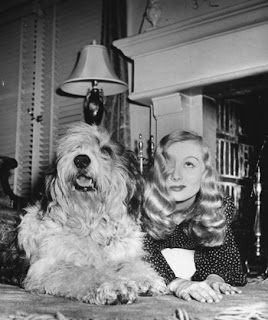 Veronica Lake Fun Fact: When former lover Marlon Brando read in a newspaper that a reporter had found Veronica Lake working as a cocktail waitress in a Manhattan bar, he had his accountant send her a check for a thousand dollars. Out of pride, she never cashed it, but kept it framed in her Miami living room to show her friends.