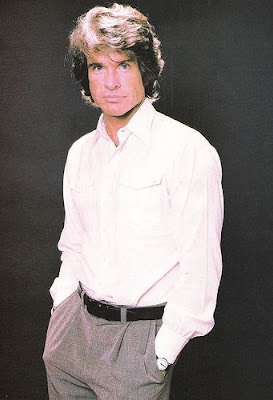 Warren Beatty, began his career in television series, Studio One (1957), Playhouse 90(1959), and the TV show, The Many Loves of Dobie Gillis (1959),which was one of the first TV shows about the lives of teenagers. Warren Beatty was on the first few episodes, playing rich kid... Milton Armitage.(((sigh))).

Warren Beatty went on to perform in his first film, Splendor in the Grass (1961). Beatty was nominated for a Golden Globe Award in the category Best Motion Picture Actor. Next he went on to produce and star of Bonnie and Clyde (1967), which was nominated for 10 Academy Awards. A crime film about Bonnie Parker and Clyde Barrow, bank robbers who became popular during the Great Depression. The film was directed by Arthur Penn. Cast: Warren Beatty as Clyde Barrow and Faye Dunaway as Bonnie Parker.

Beatty is one of the few people to receive Oscar nominations in the Best Picture, Actor, Director, and Screenplay categories for a single film. This feat is all the more impressive since Beatty achieved it twice—in 1978 for Heaven Can Wait, where he won none of the awards; and again for Reds in 1981, where he won the directing award. He received Best Picture and Best Actor nominations for both Bonnie and Clyde (1967) and Bugsy (1991), and received Best Original Screenplay nominations for Shampoo (1975) and Bulworth (1998).

After a six-year hiatus following Reds, Beatty s performed with Dustin Hoffman in two films: Ishtar (1987) and in the film, Dick Tracy(1990).

In 1991, he performed as the real-life gangster Bugsy Siegel. His next film, Love Affair (1994). In 1998 he wrote, produced, directed and starred in the political satire Bulworth which earned him another nomination for Best Original Screenplay. In 2001, he performed in his last film to date, Town and Country.
Posted by Dawn at 4:55 AM

Email ThisBlogThis!Share to TwitterShare to FacebookShare to Pinterest
Labels: summer under the stars 2010, warren beatty