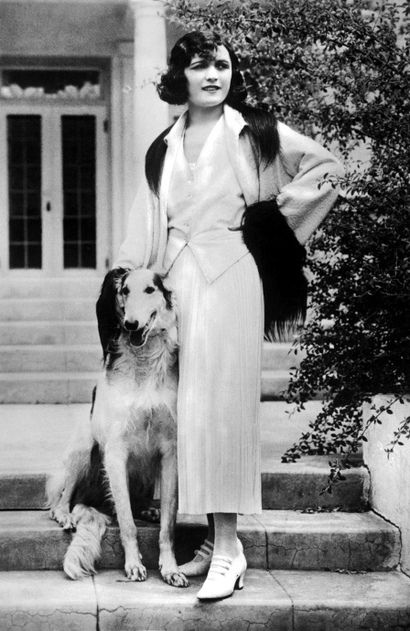 Pola Negri, as a teenager she was accepted in St. Petersburg Imperial Ballet, where she showed great promise until she contracted tuberculosis and was forced to end her dance career. Pola auditioned for the Warsaw Imperial Academy of Dramatic Arts and became a stage actress. By the time she was 17, Pola was a stage star in Poland. Her first performance was in the film, DIE BESTIE (1915) and SLAVE OF SIN (1918). Her next film, later that year, was MADAME DU BERRY (1919). The film was later released in the US under the name of PASSION. Her USA career was off and running. In 1923 she landed the role of Maritana in THE SPANISH DANCER, BELLA DONNA and THE CHEAT. Her vamp roles were very popular and she quickly became the rival of Theda Bara. But her popularity was to be short lived, when made a spectacle of herself when she threw herself on the late Rudolph Valentino's coffin.

The Hays Office, would nolonger allow her to portray the vamp roles which had made her famous. When the "talkie" revolution started, her heavy accent, did not come across well. Pola decided to return to Europe to continue her career. However, she felt the Nazi regime would not allow her creativity so she returned to the US in 1941. She made Hi Diddle Diddle (1943). Her final film was as Madame Habib in, The Moon-Spinners (1964).