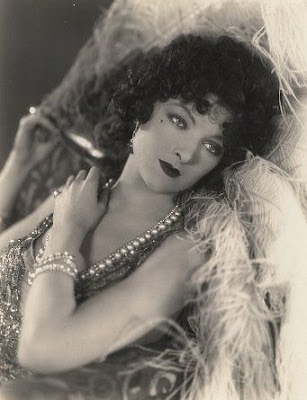 Myrna Loy, was first noticed by Rudolph Valentino, when he went to Henery Waxman studio. Valentino, was looking for a leading lady for the film, Cobra. She tested for the role, but lost out to Gertrude Olmstead. Soon after she was hired as an extra for the film, Pretty Ladies. Rambova recommended Loy, for a small role opposite Nita Naldi in the film, What Price Beauty? Photos of Loy in her exotic makeup and costume appeared in a fan magazine which led to a contract with Warner Bros. Loy's silent film roles were mostly, femme fatales or she wore yellow face to appear Asian for the films, Across the Pacific, A Girl in Every Port, The Crimson City, The Black Watch and The Desert Song. 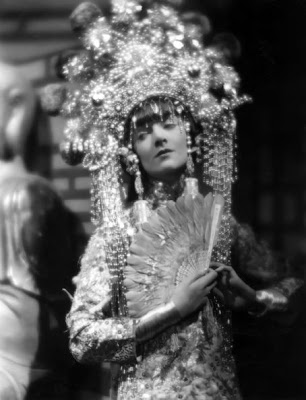 It took years for her to overcome this stereotype, and as late as 1932 she was cast in, Thirteen Women. She also performed in small roles in, The Jazz Singer and the musicals, The Show of Shows, The Bride of the Regiment, and Under A Texas Moon. In 1934, Loy performed in, Manhattan Melodrama with Clark Gable and William Powell. After performing with Ramón Novarro in The Barbarian, Loy was cast as Nora Charles in the film, The Thin Man(1934). 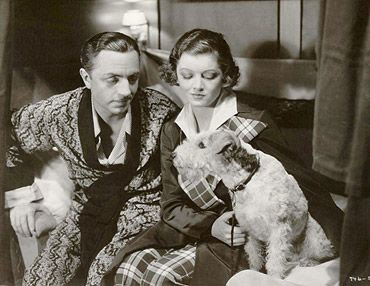 The Thin Man(1934), was a comic/detective film where a married couple banter back and forth as they solve crimes. Their dog, the Wire-Haired Fox Terrier Asta, was also a popular character. Director W. S. Van Dyke, at a Hollywood party pushed her into a swimming pool, to test her reaction and her reaction was exactly what he wanted. The Thin Man became one of the year's biggest hits, and was nominated for the Academy Award for Best Film. She and her costar William Powell, performed in fourteen films together. Her successes in Manhattan Melodrama and The Thin Man, became a turning point in her career and she was cast in more important pictures. As Wife vs. Secretary (1936) with Clark Gable and Jean Harlow and Petticoat Fever (1936) with Robert Montgomery. She made four films with William Powell, Libeled Lady (1936), which also starred Spencer Tracy and Jean Harlow, The Great Ziegfeld (1936), in which she played Billie Burke. She also made three more films with Clark Gable. Parnell, was an historical drama and was poorly received film of both Loy's or Gable's career, but their other films in, Test Pilot and Too Hot to Handle (both 1938) were successes. By this time Loy was highly regarded for her performances in romantic comedies. She also wanted to prove that she had dramatic ability and was cast in the lead female role in The Rains Came (1939) opposite Tyrone Power. She filmed Third Finger, Left Hand (1940) with Melvyn Douglas. She also performed in, I Love You Again (1940), Love Crazy (1941) and Shadow of the Thin Man (1941), all with William Powell. With the outbreak of World War II, she put aside acting career to work closely with the Red Cross. Please click here for past Myrna Loy posts. 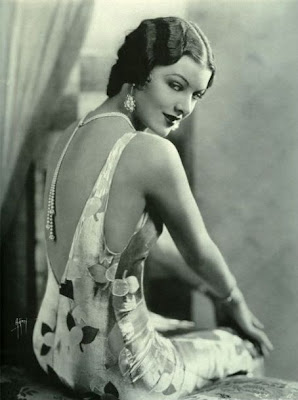