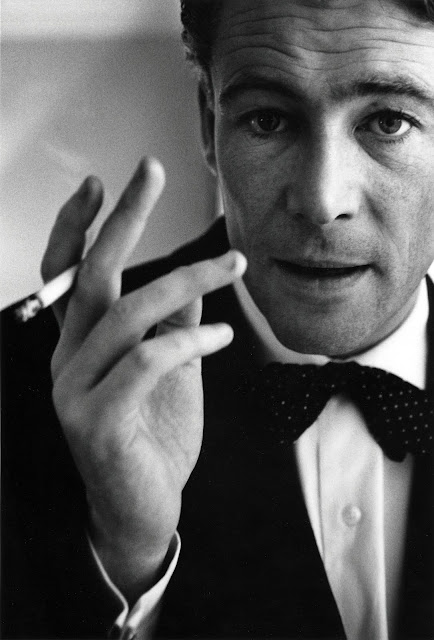 Peter O'Toole's big break came when he played T. E. Lawrence in the film, Lawrence of Arabia (1962), after Marlon Brando was unavailable and Albert Finney turned down the role. The role earned him the first of his eight nominations for the Academy Award for Best Actor.

O'Toole is also one of the few actors to be Oscar-nominated for playing the same role in two different films; he played King Henry II in both 1964's Becket and 1968's The Lion in Winter. In 1980, he received critical acclaim for playing the director in the film The Stunt Man. Another performance from O'Toole, which gained him a nomination for Best Actor, was My Favorite Year(1982).

In 1972 he played both Miguel de Cervantes and his fictional creation Don Quixote in Man of La Mancha, opposite Sophia Loren. O'Toole's singing was dubbed by Simon Gilbert. O'Toole received Golden Globe nomination for his performance.

O'Toole won an Emmy Award for his role in the 1999 mini-series Joan of Arc. In 2004, O'Toole played King Priam in Troy. In 2005, he performed on television as the older version of legendary 18th century Italian adventurer Giacomo Casanova in the BBC drama serial Casanova.

He was again nominated for the Best Actor Academy Award for his performance in the film Venus(2006). O'Toole co-starred in the Pixar animated film, Ratatouille. O'Toole performed in the second season of Showtime's drama series The Tudors, playing Pope Paul III, who excommunicates King Henry VIII from the church; an act that leads to a showdown between the two men in seven of the ten episodes. O'Toole narrated the horror comedy film El Dorado.

Email ThisBlogThis!Share to TwitterShare to FacebookShare to Pinterest
Labels: peter o' toole, summer under the stars 2010