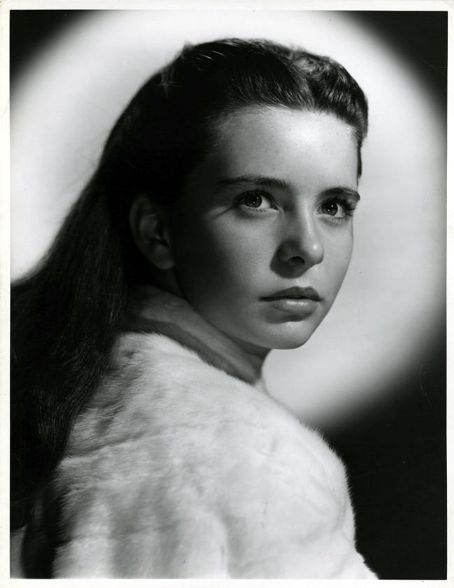 Although Margaret O'Brien's career was brief, she was one of the most highly regarded child actors in cinema history. She performed in one of my favorite films, Meet Me in St. Louis (1944). A Romantic/ musical. Cast: Judy Garland, Margaret O'Brien, Mary Astor, Lucille Bremer, Tom Drake, Leon Ames, Marjorie Main, June Lockhart, and Joan Carroll. The movie was based on Irving Brecher and Fred F. Finklehoffe, series of short stories by Sally Benson, originally published in The New Yorker magazine and later in the novel 5135 Kensington. Director: Vincente Minnelli. Garland made famous the songs: "The Trolley Song" and "Have Yourself a Merry Little Christmas". Arthur Freed, the producer of the film also wrote and performed one of the songs.

Meet Me In St. Louis, I love everything about it, the scenery, costumes, actors and story line about learning life lessons. If you were to ask me which is my favorite part of the movie. I would have to say Halloween when, Tootie and her sister Agnes dress up and go out to celebrate Halloween with the neighborhood children. Wanting to prove herself to the other children, Tootie, insists on going up to the feared neighbor Mr. Braukoff door and blow flour in his face. After Tootie is called the "most horrible," she puts her family into a panic when she returns home, crying, bruised and with a cut lip. Tootie claims that John hit her by the trolley tracks, Esther at first refuses to believe her, but.. changes her mind when she sees a clump of hair in Tootie's hand. Esther storms over to John's house, accuses him of being a bully and beats him up. Tootie and Agnes confess that John actually saved them from being arrested after they almost caused an accident on the trolley tracks. Esther rushes back to John's house to apologize.... Great stuff!
Posted by Dawn at 4:03 AM

Email ThisBlogThis!Share to TwitterShare to FacebookShare to Pinterest
Labels: margaret o'brien, summer under the stars 2010