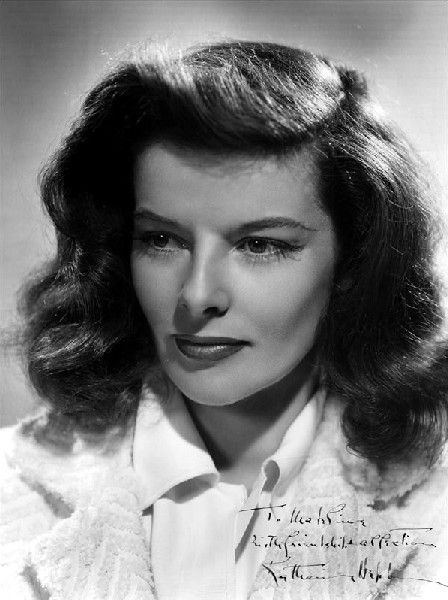 My favorite Katharine Hepburn movies are the ones she performed with Spencer Tracy. Their first film together was in, Woman of the Year (1942). The story begins with Tess and Sam working on the same newspaper, and it seems they don't much care for each other. They eventually fall in love and get married. But, Tess is one of the most famous feminists in the country and she is elected as "the woman of the year". She does not spend enough time with Sam and he begins to feel neglected and so the trouble begins. 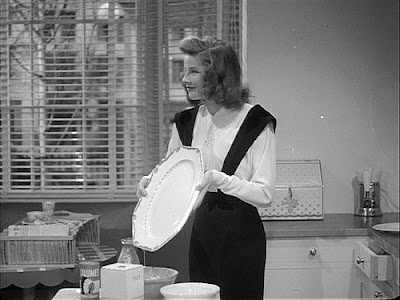 The cutest scene in the film takes place in the kitchen with exploding waffles, overflowing coffee and Tess who, just can't seem to figure out how to cook eggs.

Behind the scenes they became one of Hollywood's most famous romances. Even though Spencer Tracy was still married.

There were periods during which they were seperated. Tracy had several affairs, most notably while filming Plymouth Adventure, with his co-star Gene Tierney.

Hepburn had several romances, most notably with her agent Leland Hayward, John Ford and Howard Hughes. Tracy, however, seems to have been her true love. Hepburn took five years off after Long Day's Journey Into Night to care for Tracy while he was in failing health. Out of consideration for Tracy's family, Hepburn did not attend his funeral. She was too heartbroken to ever watch, Guess Who's Coming to Dinner, saying the memories of Tracy were too painful. 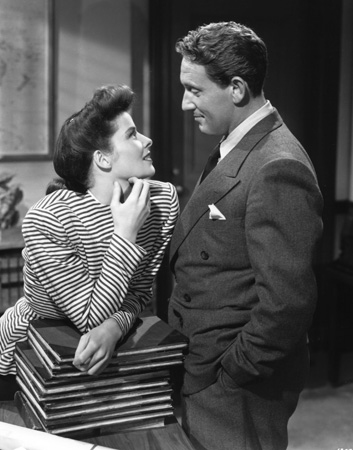 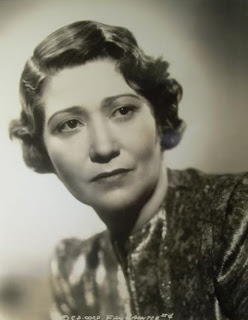 Fay Okell Bainter (December 7, 1893 – April 16, 1968), made her first appearance on stage in 1908 in, The County Chairman at Morosco's Theater in Burbank, California and her Broadway debut was in the role as Celine Marinter in The Rose of Panama (1912).

She appeared in a number of successful plays in New York like East is West, The Willow Tree, and Dodsworth.

In 1926 she appeared with Walter Abel in a Broadway production of Channing Pollock's The Enemy.

In 1918, her portrait was painted by Robert Henri, the Ashcan School artist.

MGM persuaded her to try films and her movie debut was in This Side of Heaven (February 1934), the same year she appeared in Dodsworth on Broadway and the film It Happened One Day (July 1934).

Since then, only nine other actors have won dual nominations in a single year. She was again nominated for Best Supporting Actress for her role in The Children's Hour (1961).

Finally, in 1962, Fay appeared as a guest star on The Donna Reed Show.

As her husband, Reginald Venable, was a military officer, the couple are interred at Arlington National Cemetery. Email ThisBlogThis!Share to TwitterShare to FacebookShare to Pinterest
Labels: katharine hepburn, spencer tracy, summer under the stars 2010, the 40s, woman of the year(1942)