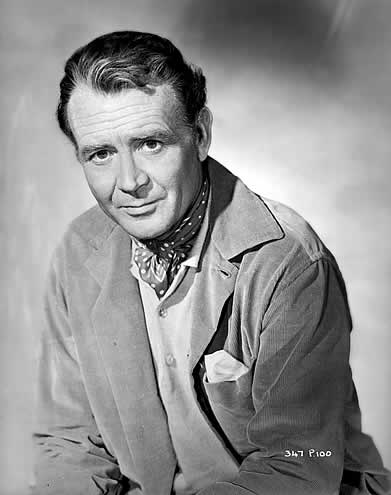 John Mills, made his first film, The Midshipmaid (1932) and next went on to play, in one of my favorite films the 1939 film version of, Goodbye, Mr Chips. The story begins with Mr. Chipping, a retired schoolteacher of 83, falling asleep and his 58-year career is told in a flashback:

When 25-year-old Charles Edward Chipping first arrives as a Latin teacher to Brookfield Public School in 1870, the boys play many practical jokes on him. Which causes him to become overly strict, making him respected, but disliked.

His friend Max Staefel, invites him on holiday to Austria. While hiking on a foggy mountain side, Chipping "rescues" Kathy Ellis. Even though she did not really need to be saved. They meet again in Vienna and dance to the Blue Danube Waltz. Max says that the Danube River appears blue, but only to those who are in love. As Chipping looks at the river, he notices that it is blue. After they are married they return to England, where Kathy showers everyone with her charm.

During their tragically short marriage, Chips becomes a much-loved teacher, with the generations of students that he teaches. In 1909, he is put under pressure to retire for a more 'modern' headmaster, the board of directors of the school take his side and tell him he can stay until he is 100.

Eventually Chips does retire, but is called back to serve as headmaster, because of the shortage of teachers who were called to fight in the War. He remembers Kathy had said that he would become headmaster one day. As the War drags on, Chips reads to the class the school's Roll of Honour, every Sunday, the names of the many former boys and teachers who have died in battle.

In September 1939, at the start of World War II, Mills enlisted in the Royal Engineers. He was later commissioned as a Second Lieutenant. But in 1942 he received a medical discharge because of a stomach ulcer.

He went on to star in Noël Coward's, In Which We Serve. Mills also performed the lead role in the film, Great Expectations(1946), which helped start his career playing British heroes as in, Scott of the Antarctic (1948), The Colditz Story (1954), Above Us the Waves (1955) and Ice-Cold in Alex (1958). Altogether he performed in over 120 films.

From 1959 through the mid-1960s, Mills performed in several films with his daughter Hayley. Their first film together was the crime drama Tiger Bay(1959). Following Hayley's rise to fame in Pollyanna (1960) and the film, The Parent(1961) Trap, John and Hayley again performed together, in the sailing adventure, The Truth About Spring(1965), The Chalk Garden(1964) and The Family Way(1966).

Later he performed as Col. Barrow in "Tunes of Glory", Mills won the best Actor Award at the 1960 Venice Film Festival. For his role in Ryan's Daughter (1970). Mills won an Academy Award for Best Supporting Actor. His most famous television role was Quatermass for ITV in 1979. Also on the small screen, in 1974 he starred as Captain Tommy "The Elephant" Devon in the six-part television drama series The Zoo Gang.

Mills also starred as Gus: The Theatre Cat in the filmed version of the musical Cats in 1998.

Email ThisBlogThis!Share to TwitterShare to FacebookShare to Pinterest
Labels: john mills, summer under the stars 2010