Happy Birthday to Vera Miles. She turns 81 today and is still alive. Not acting as much but still around, making appearances and such. 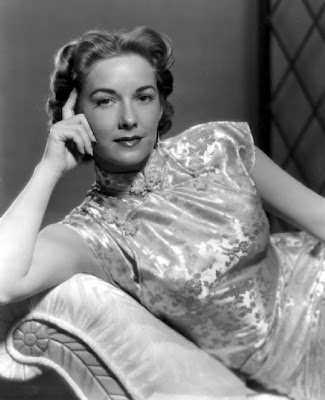 Born in Boise City, Oklahoma, Vera Miles attended school in Pratt, Kansas and Wichita, Kansas. The patrician beauty of Miss Miles won her the title of "Miss Kansas" in 1948, leading soon to small roles in Hollywood films and television shows. Fame came to the forthright, spirited Miles when she attracted the attention of two master directors, Alfred Hitchcock and John Ford. Ford cast her in the classic western "The Searchers" (1956) and Hitchcock, who put her under personal contract and hailed her as his "new Grace Kelly," paired her with the great Henry Fonda in "The Wrong Man." (1956). Hitchcock had Miles in mind to star in a dual role opposite James Stewart in "Vertigo" (1958), but what was envisioned as the actress' star-making vehicle instead became a triumph for Kim Novak when Miles' pregnancy and Hitchcock's subsequent production delays cost her the plum assignment. Hitchcock gave Miles a supporting role in another masterpiece "Psycho" (1960), as did Ford when he cast her opposite James Stewart and John Wayne in "The Man Who Shot Liberty Valance" (1962), She also starred in such films as "Beau James" (1957) opposite Bob Hope, "The FBI Story" (1959) opposite James Stewart, "Back Street" (1961) opposite Susan Hayward and John Gavin and "Sergeant Ryker" (1968) opposite Lee Marvin, as well as showing her consistently remarkable and versatile talent on dozens of popular television movies and series including "Alfred Hitchcock Presents," "The Twilight Zone,". "The Outer Limits," "The Fugitive," "My Three Sons," "Bonanza," "Columbo," and "Murder She Wrote." In 1983, she reprised her role as Lila Crane in the film sequel "Psycho II", starring Anthony Perkins. Although too often, the stunningly beautiful Miles' gifts were underutilized, before her retirement in 1995, hers was a most intriguing and enduring Hollywood career.

Bio by alfiehitchie.
Posted by monty at 8:53 AM