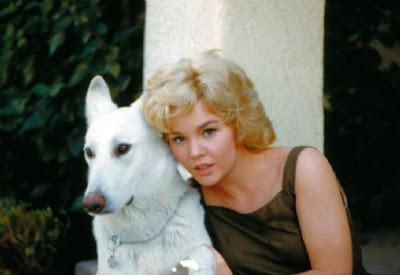 A happy birthday to Tuesday Weld. She turns 67 today. And while she hasn't appeared in anything since 2001, she is fondly remembered for several notable films and TV appearances during the 60's. First and foremost would be The Many Loves of Dobie Gillis Show as Thalia Menninger. She became a solid and sexy actress in such films as I'll Take Sweden, The Cincinnati Kid, Lord Love A Duck, Pretty Poison and Walk The Line with the legendary Gregory Peck.
Posted by monty at 2:41 AM