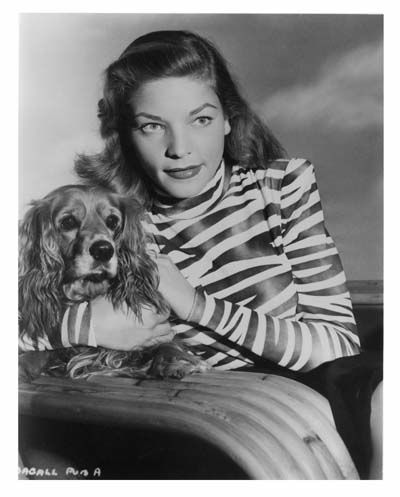 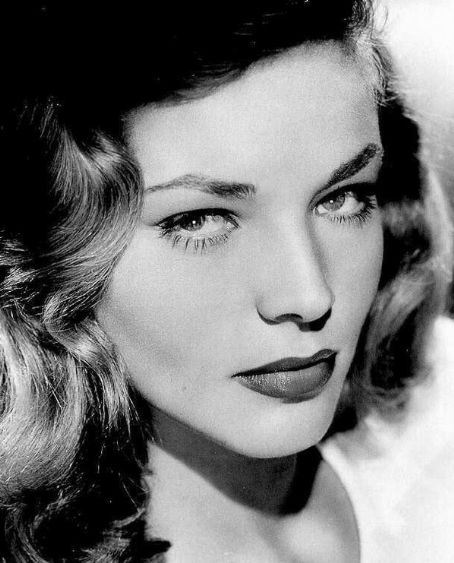 Lauren Bacall, worked as theatre usher and a fashion model. As Betty Bacall (age17), she made her first acting performance on Broadway in 1942, as a walk-on in Johnny 2 X 4. According to her autobiography, Davis visited Bacall backstage to congratulate her on her performance in Applause, a musical based on Davis's performance in All About Eve.

Howard Hawks's wife Nancy spotted her on the March 1943 cover of Harper's Bazaar and urged Hawks to have her take a screen test for the film, To Have and Have Not. 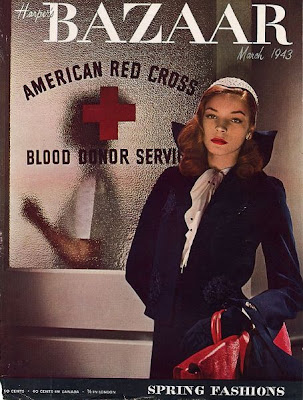 He signed her up to a seven-year contract, brought her to Hollywood and began to manage her career. Hawks changed her name to Lauren Bacall. Nancy Hawks dressed Lauren in, stylish clothes, and guided her in the art of elegance, manners and taste. Bacall's voice was trained to be lower and sexier, which resulted in one of the most distinctive voices in Hollywood.

After To Have and Have Not, Bacall was seen opposite Charles Boyer in Confidential Agent (1945). Bacall would state in her autobiography that her career never fully recovered from this film, and that studio boss Jack Warner did not care about quality.

Young Man with a Horn (1950), one of my favorite movies is often considered to be one of the first big-budget jazz films. 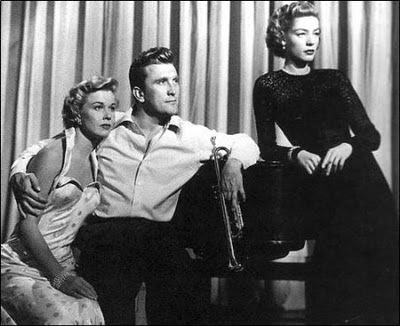 Based on a biographical novel of the same name about the life of Bix Beiderbecke. Cast: Doris Day, Kirk Douglas, and Lauren Bacall.

Musician Smoke Willoughby thinks back to when he first meet his friend legendary trumpet player Rick Martin. After his mother dies , Rick moves in with his sister in California. Rick sees a trumpet in a pawn shop window and gets a job in a bowling alley to pay for it.

Next to the bowling alley is a Jazz club, where Rick hears jazz for the first time. He quickly makes friends with the trumpet player Art Hazzard, who teaches his young friend how to play the trumpet. As Rick gets older, he finds odd jobs playing for carnivals and dance marathons.

Rick decides to follow Art to New York and gets a job playing trumpet for big band leader Jack Chandler where he meets Smoke and singer Jo. Chandler insists that Rick play the music exactly as written. Chandler fires Rick after he plays a jazzy number. Despite Jo's efforts, Rick refuses to go back when Chandler offers to rehire him.

When, Rick learns that his friend Art has been sick and he returns to New York. Jo gets him a job with another orchestra. Some evenings Rick goes over to help out Art at Louis Galba's nightclub. Jo brings her friend Amy to hear Rick play. Amy, who is studying to be a psychiatrist, blames her father for her mother's death and believes that she is not capable of love. They fall in love and are married, soon after Rick and Amy start to have problems because of his dedication to music. Will Rick be torn away from playing the trumpet to save his marriage?

For anyone who loves jazz, this is a wonderful movie. The soundtrack to this movie is awesome.(trumpet played by Harry James). Kirk Douglas is perfect for Rick's character. Lauren Bacall performance as a manipulative heiress was perfect.

Bacall starred in another one of my favorite films, How to Marry a Millionaire (1953), teaming up with Marilyn Monroe and Betty Grable.

Written on the Wind (1956). Bacall says in her autobiography that she did not think much of the role. While struggling at home with Bogart's severe illness, Bacall starred with Gregory Peck in another wonderful film, Designing Woman. It was released in New York City on May 16, 1957, four months after Bogart died of cancer on January 14.

Bacall's movie career began to fade in the 1960s. The few movies Bacall performed in were, Sex and the Single Girl (1964) with Henry Fonda, Tony Curtis and Natalie Wood, Harper (1966) with Paul Newman, Shelley Winters, Julie Harris, Robert Wagner and Janet Leigh, and Murder on the Orient Express (1974), with Ingrid Bergman, Albert Finney and Sean Connery.

In 1976, she co-starred with John Wayne in his last picture, The Shootist. The two became friends, even with the political differences between them. They had previously been cast together in 1955's Blood Alley.

Email ThisBlogThis!Share to TwitterShare to FacebookShare to Pinterest
Labels: lauren bacall, summer under the stars 2010