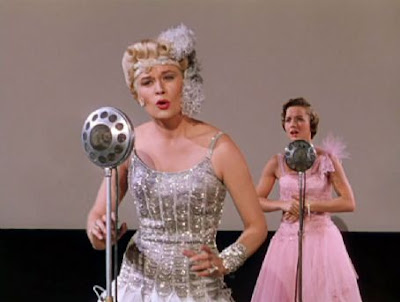 Best remembered as Lina Lamont, the silent-film star in Singin' in the Rain (1952), who could not manage the transition to talkies. That is, not without Debbie Reynolds's help.In Singin' in the Rain (1952), Debbie Reynolds character lip-synced to Jean's spoken voice for film-within-the-film, The Dancing Cavalier. Ironically, for the speaking part, it was Debbie Reynolds lip-syncing to Jean Hagen. For the singing, it was Reynolds lip-syncing to Betty Noyes in the dubbing scene, in which Noyes had earlier dubbed Hagen. 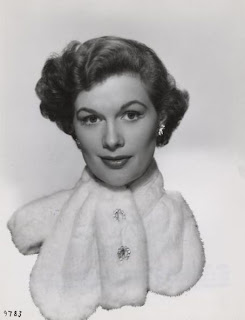 A prolonged illness necessitated her early retirement in the mid-60s with her entering a convalescent home for the rest of her life. A desire to act one more time happened in 1977 when she appeared briefly as a landlady in the TV-movie Alexander: The Other Side of Dawn (1977) (TV). She died shortly after of throat cancer.

Jean seemed a shoo-in to win the best supporting actress Academy Award for her hilarious performance as Lina Lamont in Singin' in the Rain (1952), but was beaten out for the award by Gloria Grahame for The Bad and the Beautiful (1952). Other notable films include The Asphalt Jungle (1950), Adam's Rib (1949) and Carbine Williams (1952). Though nominated twice for an Emmy Award as Danny Thomas' first TV wife on his popular comedy series, "The Danny Thomas Show" (1953), Jean became disenchanted with the rather colorless wife-and-mother role and left the series after four seasons. Marjorie Lord replaced her as Danny's perky second wife.

Had two children with Tom Seidel, a daughter named Christine and a son named Aric.
Posted by monty at 8:52 AM