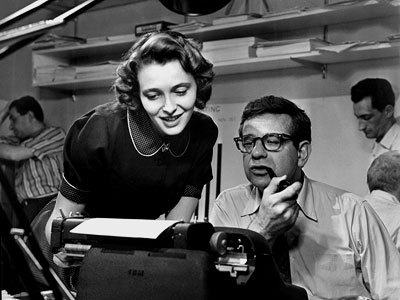 A Face in the Crowd(1957). Cast: Andy Griffith, Patricia Neal and Walter Matthau, directed by Elia Kazan. The screenplay was written by Budd Schulberg, based on his short story "Your Arkansas Traveler".

Larry "Lonesome" Rhodes, is discovered by a producer, who falls in love with him for what she thought he was. Walter Matthau, is the Princeton man, who becomes one of the many faceless writers behind "Lonesome" Rhodes.

Watch early on in the film for a scene taking place in the local jail. In one quick and brief flash of expression, Griffith reveals the true face of Lonesome Rhodes the rest of the film tries to hide. What amazing acting by, Andy Griffith.

Lonesome Rhodes character, may have been inspired by 1940s and '50s CBS radio-TV star Arthur Godfrey. Godfrey, would not advertise products he did not believe and would ridicule the sponsors. The more Godfrey did this, the more sales increased. Arthur Godfrey's popularity began to fade after his 1953 on-air firing of singer Julius LaRosa, which exposed of his less lovable, often controlling off-camera personality. 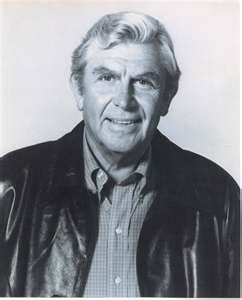 Andy Griffith (born June 1, 1926). Actor, director, producer, Grammy Award-winning Southern-gospel singer, and writer. He gained prominence in the starring role in the epic film, A Face in the Crowd (1957) before he became better known for his television roles, playing the lead characters in the 1960–68 TV comedy, The Andy Griffith Show, and in the 1986–95 legal drama, Matlock. Griffith was awarded the Presidential Medal of Freedom by US President George W. Bush on November 9, 2005.

Email ThisBlogThis!Share to TwitterShare to FacebookShare to Pinterest
Labels: a face in a crowd(1957), patricia neal, the 50s, walter matthau