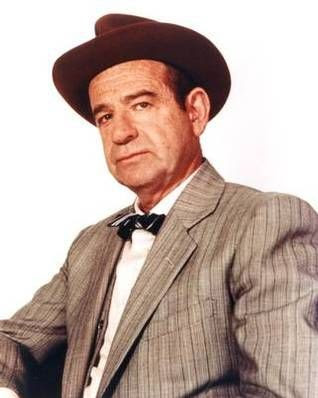 Walter Matthau,is best known for his role as Oscar Madison in The Odd Couple(1968). Comedy. Written by Neil Simon, based on his play of the same name, directed by Gene Saks. Cast: Jack Lemmon and Walter Matthau. Simon based the story on the observations of Mel Brooks living with a friend after his first divorce.

After TV news writer Felix Ungar's, marriage falls apart he becomes depressed and wants to end it all by trying to jumping out a window. But he ends up pulling a muscle in his back. Limping back onto the street he tries to get drunk and ends up hurting his neck. Finally, he stands on a bridge, thinking about jumping into the river. Instead... he finds his way to the weekly poker game in progress at his best friends, Oscar Madison's, apartment. Felix accepts an invitation to live with Oscar, but his hypochondria and cleanliness drives Oscar nuts, and the two men are soon arguing over everything.
In one of my favorite weekly poker game scenes:

Oscar Madison: I'm in for a quarter.
Murray: Aren't you going to look at your cards first?
Oscar Madison: What for? I'm gonna bluff anyway. Who gets a Pepsi?
Murray: I get a Pepsi.
Oscar Madison: My friend Murray the policeman gets a warm Pepsi.
Roy: You still didn't fix the refrigerator. It's been two weeks now - no wonder it stinks in here.
Oscar Madison: Temper, temper. If I wanted nagging, I'd go back with my wife. I'm out. Who wants food?
Murray: What do you got?
Oscar Madison: I got, uh, brown sandwiches and, uh, green sandwiches. Which one do you want?
Murray: What's the green?
Oscar Madison: It's either very new cheese or very old meat.
Murray: I'll take the brown.
[Oscar hands Murray a sandwich which Murray starts wolfing down]
Roy: Are you crazy? You're not going to eat that, are you?
Murray: I'm hungry!
Roy: His refrigerator has been out of order for two weeks now. I saw milk standing in there that wasn't even in the bottle!
Oscar Madison: What are you, some kind of health nut? Eat, Murray, eat!

Soon, Oscar suggests they double-date Cecily and Gwendolyn Pigeon, two quirky English sisters who also live in the building, and Felix offers to cook dinner. The evening quickly ends when Felix burns the meatloaf, and he breaks down into tears which causes sympathetic tears from the Pigeon sisters. Enraged, Oscar throws Felix out. After Felix moves out, their friends become angry with Oscar's mistreatment of Felix. They begin to search for Felix, he suddenly reappears and announces that he is moving in with Cecily and Gwendolyn. After Felix has left their weekly poker game, they are surprised when Oscar gets after them for making a mess in the apartment..

Jack Lemmon and Walter Matthau, were perfect for this film. Planes, Trains and Automobiles" (1987). Also reminds me a little of the movie, Odd Couple.

The second pairing out of ten movies of actors and great friends Jack Lemmon and Walter Matthau.

Matthau had many collaborations with Odd Couple star Jack Lemmon, as well as his role as Coach Buttermaker in the 1976 comedy The Bad News Bears.

He won an Academy Award for his performance in the Billy Wilder film The Fortune Cookie.
Posted by Dawn at 4:12 AM

Email ThisBlogThis!Share to TwitterShare to FacebookShare to Pinterest
Labels: summer under the stars 2010, walter matthau