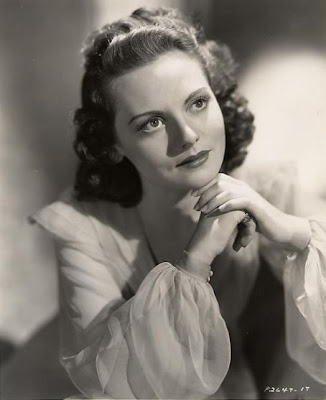 Jeanne Carolyn Cagney,(pictured above) was the younger sister of film actor James Cagney and actor/producer William Cagney. She performed in 19 films between 1939 and 1965, including four films with James Cagney: Yankee Doodle Dandy (1942), The Time of Your Life (1948), A Lion Is in the Streets (1953) and Man of a Thousand Faces (1957). Cagney performed opposite Mickey Rooney in the film Quicksand(1950). A story about a garage mechanic's descent into crime. The film has been described as "film noir in a teacup... Click picture on side bar to view movie.

ON TCM : Mon. July 19, 2010. Soylent green (1973).Soylent Green (1973). Science fiction film. Cast: Charlton Heston, the film about the investigation of a brutal murder of a wealthy businessman in a future suffering from pollution, overpopulation, depleted resources, poverty, dying oceans and a hot climate due to the greenhouse effect. Much of the population survives on processed food rations, including "soylent green".

ON TCM: Wed. July 21, 2010. Perfect Strangers(1950). Perfect Strangers is a 1950 American comedy-drama film directed by Bretaigne Windust. The screenplay for the Warner Bros. release by Edith Sommer was based on an adaptation of the 1939 Ben Hecht-Charles MacArthur play Ladies and Gentlemen by George Oppenheimer.

ON TCM: Sat. July 24, 2010. Cages (1950).Caged is a 1950 film which tells the story of a teenage newlywed, who is sent to prison for being an accessory to a robbery. Her experiences while incarcerated, along with the killing of her husband, change her from a very frightened young girl into a hardened convict.

Have a great week at the movies!
Posted by Dawn at 6:33 AM