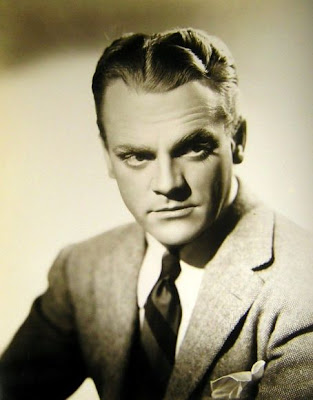 James Cagney, first performing role was dancing dressed as a woman in the chorus line of the 1919 revue Every Sailor. He spent several years in vaudeville as a hoofer and comedian until his first major acting role in 1925. He performed in many roles, receiving good reviews before landing the lead in the 1929 play Penny Arcade. After rave reviews for his acting, Warner's signed him on to reprise his role. Over the years, Cagney won major awards for a wide variety of performances, he is best remembered for playing "tough guys."

Later in life Cagney became a diabetic and Zimmerman then took it upon herself to take care of Cagney, preparing his meals to reduce his blood triglyceride level. She was successful, that Cagney made a rare public appearance at his AFI Lifetime Achievement award ceremony in 1974 he had lost 20 pounds and his vision had improved. The ceremony was opened by Charlton Heston and he was introduced by Frank Sinatra, the ceremony was attended by so many Hollywood stars—said to be more than for any event in history—that one columnist wrote at the time that a bomb in the dining room would have brought about the end of the movie industry. During his acceptance speech, Cagney lightly teased impressionist Frank Gorshin, saying, "Oh, Frankie, I never said 'MMMMmmmm, you dirty rat!' What I actually said was 'Judy, Judy, Judy!" which was one of Cary Grant's famous misquotations.
Posted by Dawn at 6:46 AM