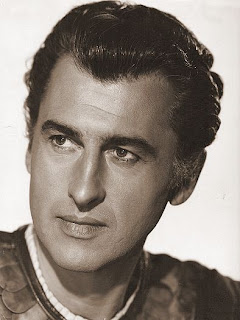 On TCM July 15th. English actor Stewart Granger, who was a popular leading man of the 1940's, caught the eye of Hollywood. Soon after, signing with MGM in 1950, he was getting star billing in heroic and romantic leading roles such as the films being spotlighted today: 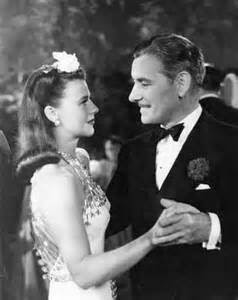 July 16th. Lucky Partners(1940). Cast: Ronald Colman, Ginger Rogers, Jack Carson and Spring Byington. Ginger Rogers turned down the role of Hildy Johnson (eventually played by Rosalind Russell) in the Howard Hawks comedy His Girl Friday so she could co-star with Ronald Colman in this movie.

Artist David Grant, wishes book store owner Jean Newton, good luck when she passes by. When, Jean is given a beautiful dress she decides that David has brought her good luck. She then asks him to buy a sweep stake ticket with her.  He agrees on the condition that if they win, she will take a trip with him, before she marries Freddie. When David promises that the trip will be kept on a strictly impersonal basis, Freddie agrees. Their ticket is picked and with their winnings they decide to vacation in, Niagara Falls, with Freddie not far behind. Expecting to find the couple together, Freddie breaks down their door, only to find that David has checked out of the hotel and is driving back to Manhattan. While driving home David is stopped on the road and arrested for stealing Jean's car. In court, Jean and Freddie try to explain the situation, but their story fails to convince the judge. After, David and Jean cross-examine each other, the judge fines Freddie for breaking down the door. Will Jean and David ever declare their love for each other. Tune in today to find out.. 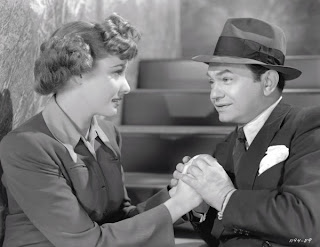 July 17th. Unholy Partners(1941). Cast: Edward G. Robinson, Laraine Day, Edward Arnold, and Marsha Hunt. Newspaper reporter Bruce Corey, returns from war reporting to his old job at the newspaper. His editor doesn't like his ideas and Corey and his friends start their own tabloid style newspaper. Corey gambles with a mob boss and wins the money to start up his own paper, the New York Mercury. They run into trouble after his stories implicate the newspaper's silent partner in a few crimes. Corey and his staff find themselves in big trouble..Video: Movie trailer. 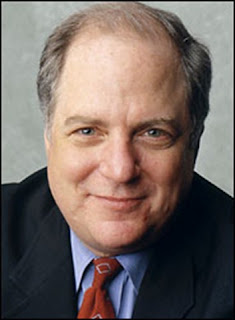 July 18th Guest Programmer: Frank Rich, began his writing career as the editorial chairman of The Harvard Crimson, the university's daily student newspaper. Rich was an honorary Harvard College scholar and a member of Phi Beta Kappa, and received a Henry Russell Shaw Traveling Fellowship. He graduated in 1971 with an A.B. magna cum laude in American history and literature. Before writing for the The New York Times in 1980, Rich was a film critic for Time and the New York Post, and film critic and senior editor of New Times Magazine. In the early 1970's, he was a founding editor of the Richmond (Va.) Mercury. Rich served as chief theatre critic of the New York Times from 1980 to 1993. In 1994, Rich became a columnist for The New York Times from 2003 to 2011. Rich is married to Alexandra Rachelle Witchel, who writes for The New York Times, as "Alex Witchel". He has two sons from his previous marriage to Gail Winston. Simon Rich, was a writer for Saturday Night Live, a live, late-night television show and the other, Nathaniel Rich, is a novelist and was an editor for The Paris Review. Frank's movie picks are: 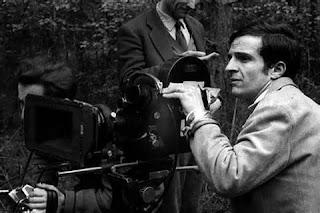 July 19th Friday Night Spotlight: French film director Francois Truffaut, who's film career lasting over a quarter of a century, he remains an icon of the French film industry, having worked on over 25 films. Tonight's film line up: 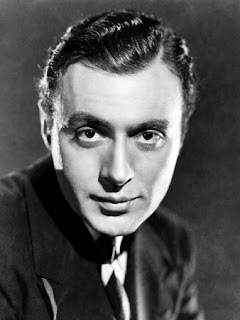 On TCM July 20th Charles Boyer, who studied philosophy before going into the theater. Not really planning to go into silent films, made a successful transition into talkies. He became famous for his whispered declarations of love to... Greta Garbo, Marlene Dietrich and Ingrid Bergman. Tonight's Charles Boyer films:
Gaslight (1944)
History Is Made at Night (1937)
Une Parisienne (1957) Video: 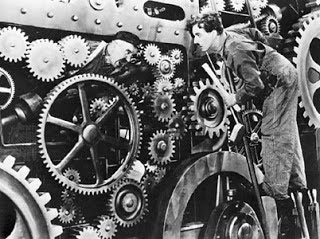 Modern Times(1936).comedy film written and directed by Charlie Chaplin in which his iconic Little Tramp character struggles to survive in the modern, industrialized world. The film is a comment on the desperate employment and fiscal conditions many people faced during the Great Depression, conditions created, in Chaplin's view, by the efficiencies of modern industrialization. The movie stars Chaplin, Paulette Goddard, Henry Bergman, Stanley Sandford and Chester Conklin. 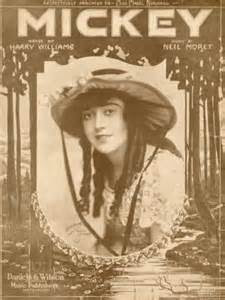 Mickey(1918), a silent comedy-drama film starring Mabel Normand, directed by F. Richard Jones and James Young, and written by J.G. Hawks. The movie was produced by the Mabel Normand Feature Film Company.
Posted by Unknown at 4:45 AM