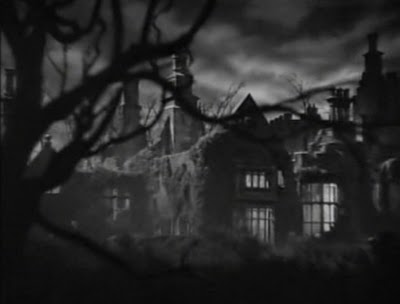 Rebecca (1940). Psychological/dramatic/thriller directed by Alfred Hitchcock. Cast: Laurence Olivier, Joan Fontaine and Judith Anderson. The film won two Academy Awards, including Best Picture, out of a total 11 nominations. Olivier, Fontaine and Anderson were all Oscar nominated for their roles. Since the introduction of awards for actors in supporting roles, this is the only film named Best Picture that won no other Academy Award for acting, directing or writing. 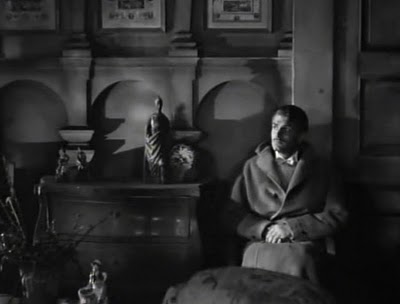 Maxim de Winter, is vacationing in Monte Carlo, trying to forget the drowning death of his wife Rebecca. He meets and begins dating the shy and plain paid companion of a matronly socialite. She is thrilled when Maxim asks her to be his wife. 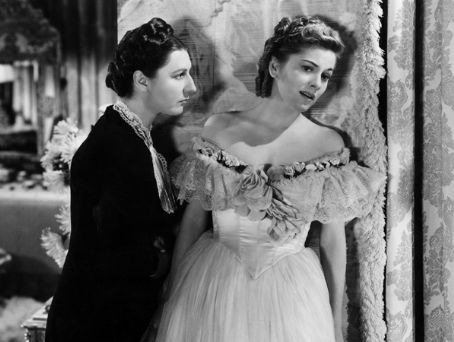 The new Mrs de Winter happiness quickly comes to a end when Maxim takes her to his beautiful seaside estate, Manderley. There she is tormented by the housekeeper, Mrs. Danvers, who continually reminds her of the great beauty of the first Mrs. de Winter and she also tries talking her into leaping to her death. 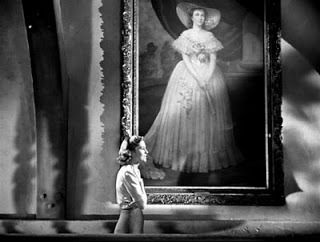 The new Mrs de Winter, believes that Maxim is still in love with "Rebecca". Trying to please her husband Mrs de Winter convinces Maxim to hold a costume party. While deciding what to wear, Mrs Danvers suggests she copy the beautiful outfit in the portrait of Caroline de Winter. As she is coming down the stairs at the party making her grand entrance, Maxim sees her dress and is appalled. It turns out... "Rebecca" wore the same outfit to a ball, shortly before she died. When the new Mrs de Winter confronts Danvers, she tells her she can never take Rebecca's place.

When a boat is wrecked off shore and during the rescue, another submerged boat is found in which the body of Rebecca is found. Maxim then confesses the true story of his marriage to Rebecca:

After four days of marriage, Rebecca began sharing her infidelities. Heartbroken but proud, Maxim continued on with his marriage, until she informed Maxim that she was going to have a baby and he was not the father. Maxim hit Rebecca and she fell, hitting her head. He then placed her body in a boat and sunk it. Things do not look good for Maxim until a surprise twist at the end.

Mrs. Danvers is hardly ever seen walking; she seems to glide. Alfred Hitchcock wanted her to be seen solely from Joan Fontaine's character's anxious point of view, and this effect tied in with her fear about Mrs. Danvers appearing anytime unexpectedly.

Over 20 actresses were tested for the role of Mrs. de Winter, which eventually went to newcomer Joan Fontaine. One of them was Vivien Leigh, who Laurence Olivier was pressing for, as they were a couple at the time.

Despite scouring most of America, and New England in particular, David O. Selznick was unable to find a suitable location to represent Manderley, so he had to resort to a miniature instead.

In her autobiography, Maureen O'Hara states that she was the first choice for the lead role.

The novel was bought by David O. Selznick for $50,000 as a vehicle for Carole Lombard with the idea that he would attempt to get Ronald Colman for the male lead. According to Selznick's memos, when Colman put off accepting the part because he was afraid that the picture would be a "woman starring vehicle" and because of the murder angle, Selznick turned to his second choices for the role, Laurence Olivier and William Powell. Olivier was willing to work for $100,000 less than Powell and so he was chosen. Leslie Howard was also considered for the part.

Anne Baxter was one of the actresses tested by Alfred Hitchcock for the leading role. He later cast her in I Confess.

Because Laurence Olivier wanted his then-girlfriend Vivien Leigh to play the lead role, he treated Joan Fontaine horribly. This shook Fontaine up quite a bit, so Alfred Hitchcock decided to capitalize on this by telling her EVERYONE on the set hated her, thus making her shy and uneasy - just what he wanted from her performance.

David O. Selznick wanted Olivia de Havilland to play the female lead, but was faced with insurmountable problems: she was already committed to Samuel Goldwyn for Raffles, Warner Bros. was being uncooperative about lending her out, and she was reluctant to accept the part because her sister, Joan Fontaine, was also under consideration for the part and her agent, Leland Hayward, was promoting his wife, Margaret Sullavan, for the role. Selznick also considered Loretta Young, Vivien Leigh, Anita Louise and Anne Baxter for the role, but felt that Young and Leigh were the wrong "type." He finally settled on Fontaine, but his staff disagreed with his decision because she was not yet an established star. 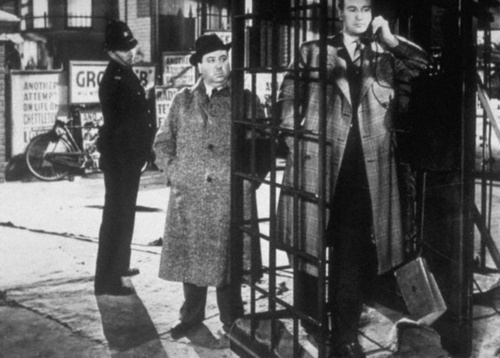 Director Cameo:  Alfred Hitchcock: walking past a phone booth just after Jack Favell (George Sanders) makes a call in the final part of the movie. There are photos showing Hitchcock standing beside the phone booth looking at Mr Sanders. Actually the scene isn't played that way and you have to be quick spotting Hitchcock, quickly passing by in the background while Sanders is discussing a parking matter with a police man. Sanders having only been seen in close up while talking on the phone.

I love all the surprising plot twists and turns and the amazing cast. Even the supporting cast was amazing, especially the creepy Mrs. Danvers.  "Rebecca," is one of the best Hitchcock movies ever made. One thing that surprises me is.. I do not think the movie ever mentions Joan Fontaine's characters name. Even the house seems creepy.. 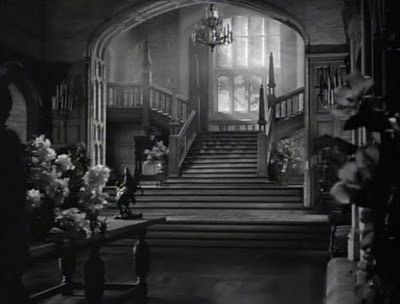 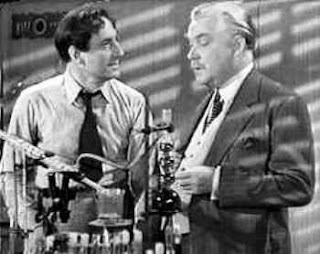 He uncharacteristically played a bad guy in, The Rains Came(1939) which became the first film to win an Oscar for special effects.

Bruce's best known character was as Dr. Watson in the 1939-1946 Sherlock Holmes film series with close friend Basil Rathbone as Holmes. Bruce starred as Watson in all 14 films of the series and over 200 radio programs of The New Adventures of Sherlock Holmes. Although Watson often appears to be the older of the two main characters, Bruce was actually three years younger than his co-star Rathbone.

Nigel Bruce was married from 1921 until his death to British actress Violet Campbell (Violet Pauline Shelton; 1892–1970) whom he always lovingly called "Bunny", they had two daughters, Jennifer and Pauline.

His final film, World for Ransom, was released posthumously in 1954. Bruce died from a heart attack at the  age of 58.
Posted by Unknown at 7:21 AM