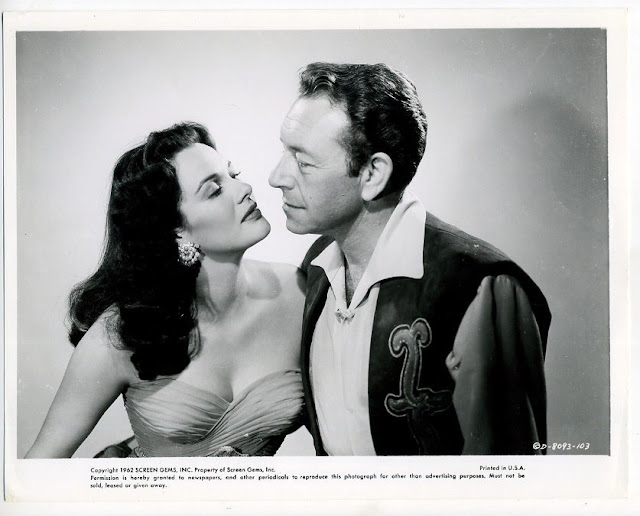 After, the Conquer Malek the Bay of Tunis, takes over the kingdom of Misurata, he orders the death of Princess Karjan, only to learn that she has escaped with her maid across the desert to the port of Tripoli. He then orders his men to follow and capture the Princess Karjan.

Now, disguised as a boy, Karjan asks where to find Edri-Al-Gadrian, the captain of Tripoli's pirates and is informed by a street beggar, that he is staying at the Inn of the Golden Tavern. There, Karjan is unmasked and laughed at by Gadrian and his men, when she asks for their help. Not believing that Karjan is really a Princess, Gadrian flirts with her and takes her up stairs but.. when three of Malek's men arrive to kill her, he fights them off and one of the men escapes. After the prisoners confirm Karjan's identity, Gadrian accepts the princess's offer of gold and makes plans to attack Misurata, after kissing her hand. The escaped man overhears the plans and returns to Misurata to inform Malek, who orders his navy to destroy Gadrian's fleet the following day.

Video: Gadrian's jealous girlfriend Rhea, tells him that he is now ruined for agreeing to help Karjan. After, Rhea tries to kill Karjan, Gadrian orders her from the inn. Karjan, says that maybe she is right and then suggests that they steal the Misurata palace treasure, to buy a new fleet.

Insisting that she come along to show them how to enter the palace, Karjan, tells Gadrian and his lieutenant, Hammid Khassan, the location of the hidden treasure, which she tells them is guarded by one of her friends.

The three travel to Misurata, where Gadrian and Hammid battle the guards as they enter the palace, but at the location of the treasure, Karjan is surprised to find that her friend has been replaced. The new guard reveals that there are three chests and only he knows which holds the treasure and offers to help the pirates. The guard lied and tries to escape with  Hammid not far behind, who forces him to retrieve the chest. After getting the treasure, they run into Malek and his guard. Karjan and Hammid escape with the treasure to Abu Tala's, but Gadrian is captured and imprisoned.

Hammid refuses to leave Tripoli without Gadrian and he and Karjan come up with a plan to return to the palace disguised as a guards escorting female slaves. They find Gadrian weak from torture, but all are able to escape. They are followed back to Tripoli, where the pirates agree that Gadrian should go to Italy to buy ships. Rhea overhears the plans and informs Malek's spy, who then murders her.

Once told of the plan, Malek orders Gadrian killed and Karjan arrested and tried before her execution. On board an Italian cargo ship, Gadrian and Hammid soon realize that they are being followed. When the ships engage in battle,  Karjan orders Gadrian to be hidden in order to stop the killing and then surrenders to Malek's men.

Abu Tala, travels to Tripoli to inform Gadrian's men that Karjan has been taken prisoner. When, the cargo ship returns to Tripoli with Gadrian and Hammid and they plan how to invade Misurata.

Karjan, is tried and sentenced to death for conspiring to overthrow his government. As Karjan waits for her execution, the town's people fill the streets, Hammid and Abu Tala hiding among them. When a ship is spotted in the harbor flying the plague flag, the guards run to report the ships arrival to Malek, who orders the ship sunk. Gadrian's ship is under attack until they reach the dock.. battling their way through the town, until  Gadrian and Hammid can enter the palace. Will he be able to over throw Malek and his men and save the Princess Karjan?

The narration at the beginning of the film, is a bit odd for this is a fast pace "B" pirate movie, with plenty of sword fighting and cannons blasting back and forth between ships. This was my first viewing of a Patricia Medina film, she reminded me just a little of Maureen O' Hara. The rest of the cast really did not measure up to my idea of Pirates or guards. I looked up the actress Maralou Gray, who that played Gadrian's jealous girlfriend Rhea and could not kind any information on her. 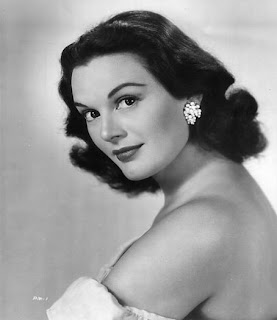 Medina was often typecast in period melodramas: The Black Knight, Stranger at My Door and Mr. Arkadin, based on episodes of the radio series, The Adventures of Harry Lime, taken from The Third Man film.

In 1958, she performed in four episodes as Margarita Cortazar on Walt Disney's  series, Zorro.

In 1958, she performed as "The Lady" Diana Coulter in Richard Boone's western series, Have Gun, Will Travel.

She was then cast in an episode of Darren McGavin's western series, Riverboat.

Later that year she appeared in Perry Mason as husband murderer Harriet Balfour in "The Case of the Lucky Loser."

In 1960, she was cast as different characters in two episodes, "Fair Game" and "The Earl of Durango", of the ABC western series, The Rebel, starring Nick Adams.

In 1968, she returned to the big screen in Robert Aldrich's adaptation of the lesbian-themed drama, The Killing of Sister George.

Medina and her husband, actor Joseph Cotten, toured together in several plays and on Broadway in the murder mystery Calculated Risk.

Other television performances:  of Bonanza ("The Spanish Grant", 6 February 1960) and The Alfred Hitchcock Hour ("See the Monkey Dance", 9 November 1964), She appeared as Harriet Balfour in the 1958 Perry Mason episode, "The Case of the Lucky Loser", and as the character Lucia in the 1965 episode, "The Foxes and Hounds Affair", The Man from U.N.C.L.E.

Medina married Joseph Cotten on 20 October 1960, in Beverly Hills at the home of David O. Selznick and Jennifer Jones. No children were born from either marriage.

Medina died at age 92 on 28 April 2012, from natural causes. Her remains are buried beside Joseph Cotten. 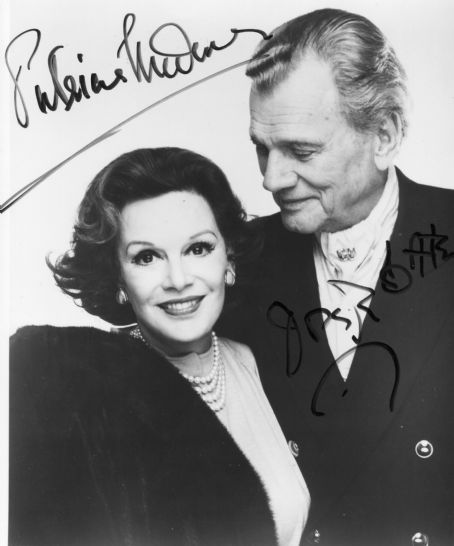