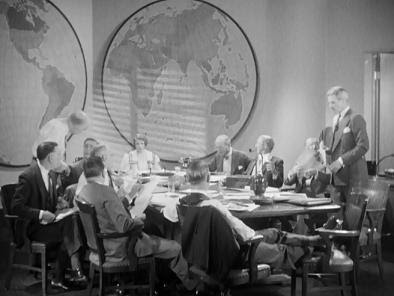 Female(1933). A pre-code film directed by Michael Curtiz. Cast: Ruth Chatterton and George Brent. It is based on the novel of the same name by Donald Henderson Clarke. The pool is the same one that can be seen in the musical number "By a Waterfall" from the Warner Bros. production "Footlight Parade", also released 1933. 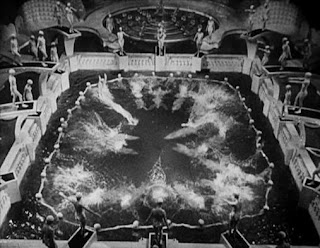 The story begins with hard working Alison Drake, the president of a large automobile company, who sits in front of a large map of the world. She has many meaningless affairs with men... who are only looking for money and power. Everything, in her life is "big"... her house and even her great Danes.

One night, Alison goes to a shooting gallery where she has a "shoot out" with Jim Thorne, who declines her sexual advances after spending the evening together..

The next day, when Jim shows up at her office, Alison learns that he is the engineer she has been expecting. Unfazed, she discusses business with him and then invites him to her home, but is surprised when Jim declines her offer once again.

Not giving up... Alison successfully gets Jim alone on a picnic, where he falls for her charms. When he proposes, she turns him down. Heartbroken, he quits his job and leaves town. Alison, follows hot on his heels missing a very important business meeting. When she catches up with Jim, she tearfully admits that she was willing to risk bankruptcy to be with him. Will he forgive her?

Chatterton gives a great performance as a "Working Woman Who Surrenders In The End" is very much worth watching. Brent (her off-screen husband, at the time) is at his very best, too. I also loved the the art deco sets and the beautiful costumes. Not to mention the intelligent story line. 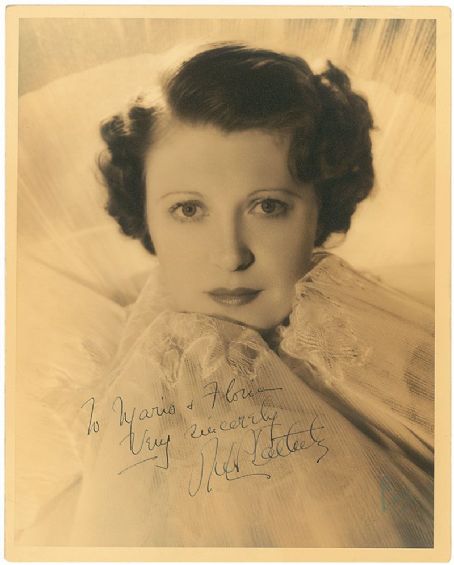 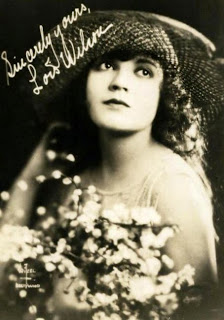 Wilson moved to California when she won a beauty contest put on by Universal Studios and the Birmingham News in 1915. This pageant was the predecessor to the Miss Alabama/Miss America pageant system and Wilson is considered the first Miss Alabama.

Upon arriving in Hollywood, she landed a small part in, The Dumb Girl of Portici, which starred the ballerina Anna Pavlova.

After performing in several films, Wilson settled in at Paramount Pictures in 1919, where she remained until 1927.

Her best known performances: The Covered Wagon (1923) and the silent film version of, The Great Gatsby (1926).

Despite making a successful transition to sound, Wilson was dissatisfied with the roles she received in the 1930's and she soon retired in 1941, making only three films after 1939.

Lois ventured to Broadway and television following her final role in, The Girl From Jones Beach (1949).

Wilson played in the network soap operas: The Guiding Light in (1952) and The Edge of Night.

She was described as "a typical example of the American girl in character, culture and beauty".

Lois Wilson died of pneumonia at the age of 93. 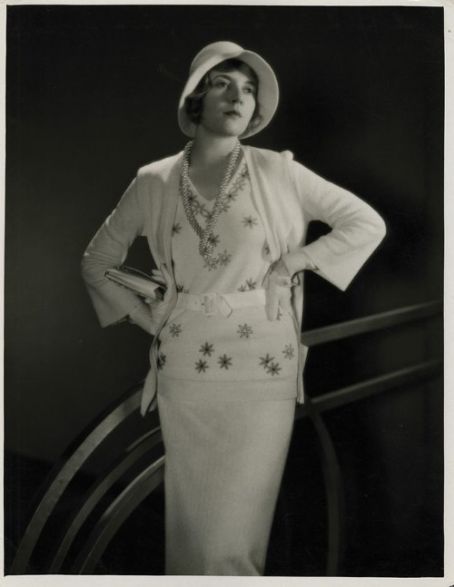 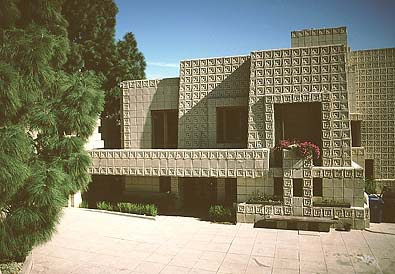 The Ennis House is located in the Los Feliz neighborhood of Los Angeles, California, south of Griffith Park. The home was designed by Frank Lloyd Wright for Charles and Mabel Ennis in 1923 and built in 1924.

The building's ancient Mayan temple design made it a fabulous location for Hollywood filmmakers. The first filmed there was the Pre-code Female(1933), for the exterior for Alison Drake's house.

Film makers used the exterior for the classic 'B" movie, House on Haunted Hill(1959).

In 1975 The film Day of the Locust, used the house as a private residence, but it was in 1982's Blade Runner that the house gained a popularity when the main character arrived at the front of the Ennis House.

Its exterior also appears as "The Mansion" in the television series Buffy the Vampire Slayer.

Sections of the cathedral reminiscent interior, especially the elevated dining room and fireplace, have appeared in films: The Karate Kid, Part III, Black Rain, The Glimmer Man, The Replacement Killers, Rush Hour and The Thirteenth Floor.

The house has also been used as a location for commercials, fashion magazine shoots and music videos, including 3T's "Why" with Michael Jackson. S Club 7's video for the song "Have You Ever" shows the band members living an everyday life in the house and Ricky Martin music video song "Vuelve".

Filmmakers either recreated original elements of the Ennis House on sound stage sets as they did for the film Predator 2.

Film makers used the exterior for a Blade Runner scene.

In the case of The Rocketeer, sections of the Ennis House were recreated in detail, including the patterned art glass, on a studio set.

On a smaller scale, tile casts of the block relief ornamentation were used for the Club Silencio doorframe in Mulholland Drive.

David Lynch, used Ennis House for a segment of the show Twin Peaks.

There was a show-within-a-show called Invitation to Love and all of those scenes were shot in Ennis House.

Female(1933), is part of the Forbidden Hollywood Collection Volume Two. The other films included in the box set:
The Divorcee
A Free Soul
Night Nurse
Posted by Unknown at 6:55 AM