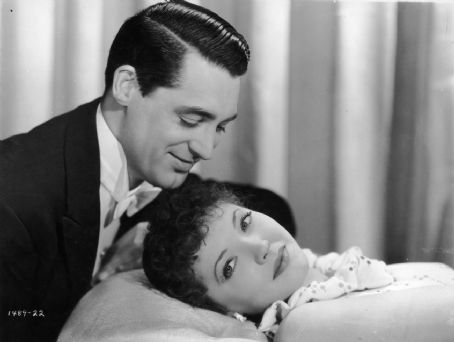 Sylvia Sidney (August 8, 1910 – July 1, 1999), was a character actress of stage, screen and film, who became popular in the 1930's performing mostly in crime dramas. Sidney, became an actress at the age of fifteen and was a student of the Theater Guild's School for Acting. Their first performance together was in the film, Merrily We Go to Hell(1932). A Pre-Code film starring Fredric March and Sylvia Sidney. The film's title was common in the Pre-Code era. Many newspapers refused to publicize the film because of its racy title.

Video: A few scenes from the film..

March plays a adulterous, alcoholic. The title is a line his character says while making a toast. Sylvia Sidney plays his wife, who, when she discovers his adultery, cheats on him with Cary Grant. This is an early performance by Cary Grant, in his third featured role. Before the end of 1932, Grant was Sidney's co-star in one of her most tender movie roles, Madame Butterfly(1932). 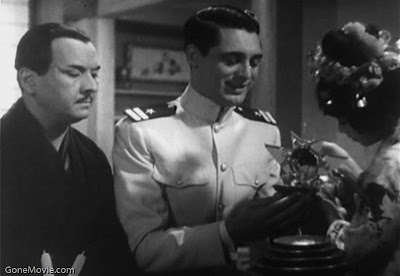 Madame Butterfly(1932). A Drama staring Cary Grant, who was still relatively new to films and on a fast rise to leading man status, giving one of his most important performances during his early years as an actor. 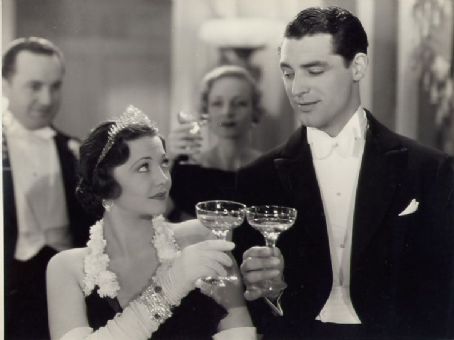 Sylvia Sidney reunited with Cary Grant for the third and final time in the classic film, Thirty-Day Princess(1934). Sylvia Sidney gives a rare performance in both comedy and playing dual personalities. 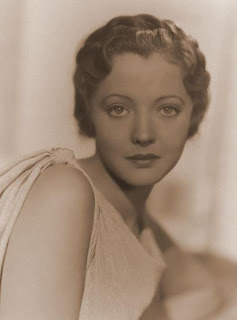 In 1926, she was seen by a Hollywood talent scout and made her first film appearance in, The Wagons Roll at Night (1941).

Some of her better known films are: An American Tragedy, City Streets and Street Scene (all 1931), Alfred Hitchcock's Sabotage and Fritz Lang's Fury (both 1936), You Only Live Once, Dead End (both 1937) , The Trail of the Lonesome Pine, Blood on the Sun (1945). Unfortunately, her career diminished during the 1940's.

In 1952, she played the role of Fantine in Les Miserables and her performance allowed her an opportunity to develop as a character actress. Sidney appeared three times on CBS's Playhouse 90 anthology series.

On May 16, 1957, she appeared as Lulu Morgan, mother of singer Helen Morgan in "The Helen Morgan Story." In that same presentation Polly Bergen was nominated for an Emmy award for her portrayal of Helen Morgan. Four months later, Sidney joined Bergen, on the premiere of the short-lived NBC variety show, The Polly Bergen Show.

In 1973, Sidney received an Academy Award nomination for her supporting role in Summer Wishes, Winter Dreams. As an elderly woman Sidney continued to play supporting screen roles, and was identifiable by her husky voice, the result of a lifetime cigarette smoking habit. She played Miss Coral in the film version of I Never Promised You a Rose Garden and later was cast as Aidan Quinn's grandmother in the television show An Early Frost for which she won a Golden Globe Award. 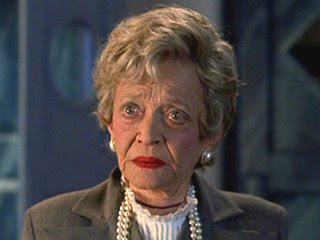 She played Aunt Marion in Damien: Omen II and had key roles in Beetlejuice, as Juno, for which she won a Saturn Award and Used People (which co-starred Jessica Tandy, Marcello Mastroianni, Marcia Gay Harden, Kathy Bates and Shirley MacLaine)

Her final role was in another film by Burton, Mars Attacks!, in which she played a senile grandmother whose beloved Slim Whitman records stop an alien invasion from Mars when played over a loudspeaker.

On television, she appeared in the first episode as the mother of Gordon Jump in WKRP in Cincinnati; as the troubled grandmother of Melanie Mayron in the comedy-drama Thirtysomething and finally, as the crotchety travel clerk on the short-lived late-1990's revival of Fantasy Island with Malcolm McDowell, Fyvush Finkel and Mädchen Amick. She also appeared in an episode of Dear John.

Sidney's Broadway theatre career spanned five decades, from her debut performance as a graduate of the Theatre Guild School in the June 1926 3-act fantasy Prunella to the Tennessee Williams play Vieux Carré in 1977. Additional credits include The Fourposter, Enter Laughing, and Barefoot in the Park.

As a single woman, Sidney was involved in an affair with B.P. Schulberg at Paramount Pictures. When Schulberg's previous mistress, Clara Bow, began experiencing personal problems in 1931, Sidney replaced her in City Streets.

Sidney was married three times. She first married publisher Bennett Cerf on 1 October 1935, but the couple were divorced shortly after on April 9, 1936. She then was married to actor and acting teacher Luther Adler from 1938 until 1947, by whom she had a son, Jacob (Jody) (October 22, 1939 – 1987) who died of Lou Gehrig's disease. During her marriage to Luther Adler she was a sister-in-law to acclaimed stage actress and drama teacher Stella Adler. On March 5, 1947, she married radio producer and announcer Carlton Alsop. They were divorced on March 22, 1951.

Sidney died from throat cancer in New York City a month before her 89th birthday, after a career spanning more than 70 years. She bequeathed her black pug Malcolm to the National Arts Club, where the canine became a much loved mascot and noted attender of social events, celebrated in a short film by Carol Wilder. 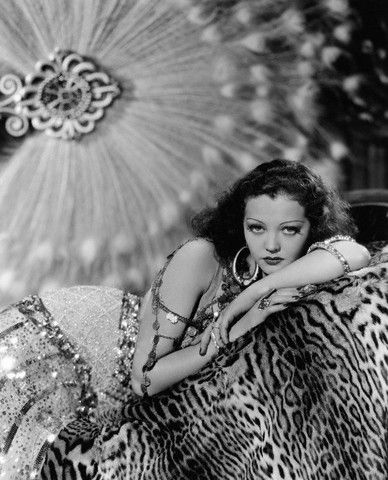