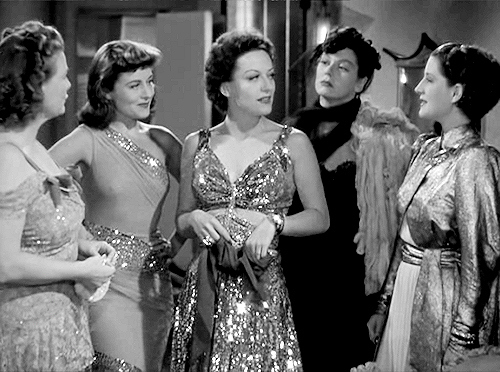 The Women(1939). Comedy/drama directed by George Cukor. The film is based on Clare Boothe Luce's play of the same name, and was adapted for the screen by Anita Loos and Jane Murfin, who had to make the film acceptable for the Production Code. Cast: Norma Shearer, Joan Crawford, Rosalind Russell, Paulette Goddard, Joan Fontaine, Lucile Watson, Mary Boland, and Virginia Grey, Marjorie Main and Phyllis Povah, the last two of whom reprise their stage roles from the play. Florence Nash, Ruth Hussey, Virginia Weidler, Butterfly McQueen(debut), and Hedda Hopper also appeared in smaller roles. 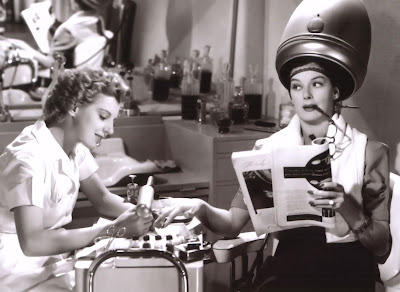 While having her nails painted "jungle red," as the catty Sylvia Fowler learns from Olga, the manicurist, that her good friend Mary Haines's husband Stephen, is having an affair with perfume clerk Crystal Allen.

Mary is hosting a luncheon that afternoon and Sylvia cannot wait to spread the gossip among their friends. When Stephen calls to cancel a trip they had been planning, making matters worse.

Sylvia,recommends Olga to Mary for a "jungle red" manicure, who shares with her the details of Stephen's affair, not realizing that Mary is Mrs. Haines.

Mary's mother, Mrs. Morehead, advises her daughter to keep silent, but during a fashion show, Mary unexpectedly meets the gold digger Crystal. Sylvia, loves that the confrontation made the society columns front page.

Heartbroken, Mary, now facing every woman's nightmare, wants a divorce and travels by train to Reno. While on the train, Mary meets her friends, Peggy Day, Miriam Aarons and Flora, the Countess De Lave, as they all travel to Reno to get their divorces.

Soon after arriving at a dude ranch for women, they are joined by Sylvia, who has just been left by her husband for Miriam.

On the day that Mary's divorce is to become final, Miriam tells her to forget her pride and take back her husband, but Mary is too late, as Stephen is planning to marry Crystal. 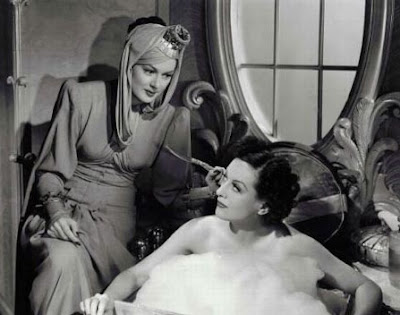 Mary is still in love with her ex-husband Stephen, and becomes hopeful when her daughter, Mary, shares with her mother that her daddy is not happy with his new wife.

Deciding to fight for Stephen.. Mary, tricks Sylvia, who has become friends with Crystal, into publicly exposing Crystal's affair. Will Stephen and Mary, reconcile and get back together? 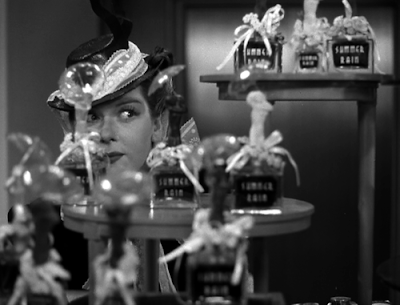 No doubles were used in the fight scene where Rosalind Russell bites Paulette Goddard. Despite the permanent scar resulting from the bite, the actresses remained friends.

Sydney's, the beauty salon, was named after Sydney Guilaroff, the chief hairstylist at MGM from 1934 to the late 1970's. He was brought to MGM from New York at the request of Joan Crawford.

According to her autobiography, Rosalind Russell called in sick because Norma Shearer refused to share top billing. She stayed "sick" until Shearer finally relented.

Myrna Loy and Greta Garbo were the only top-tier female stars at MGM who did not star in this film, although Loy was considered for the role of Crystal Allen.

My favorite scenes in this highly entertaining film: the fight scene with Goddard and Russell, the bath scene with Crawford and last scene when all the woman get into a cat-fight at the ball. With beautiful costumes designed by Adrian. 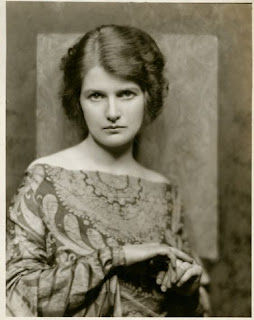 She achieved a notable success in a featured role in the stage production of The Women, and the play ran for 18 months, from 1936 until 1938.

When a film version was planned, Povah and Marjorie Main were the only members of the cast who were chosen to reprise their roles in the film which was released in 1939. (The film was directed by George Cukor).

The film was a success, but Povah continued to work steadily in theatre, and appeared in the film Let's Face It (1943) with Bob Hope and Betty Hutton.

Dear Ruth, in which Povah starred with John Dall and Virginia Gilmore played on Broadway from 1944 until 1946, and provided her with a substantial role and her biggest success during the 1940s.

She made two films in 1952, The Marrying Kind with Judy Holliday and Aldo Ray, and Pat and Mike with Spencer Tracy and Katharine Hepburn, both directed by George Cukor.

Her final Broadway role was in Anniversary Waltz with MacDonald Carey and Kitty Carlisle in 1954 and 1955.

She died from a heart attack in Port Washington, New York, aged 82. 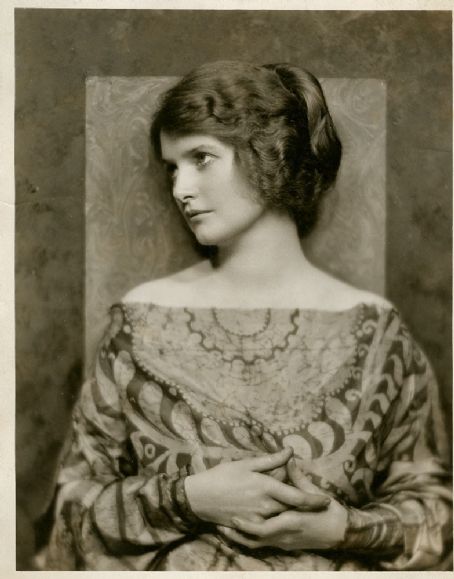