David Wayne appeared in four films with Marilyn Monroe (more than any other actor). 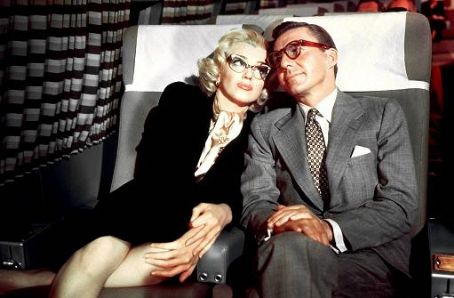 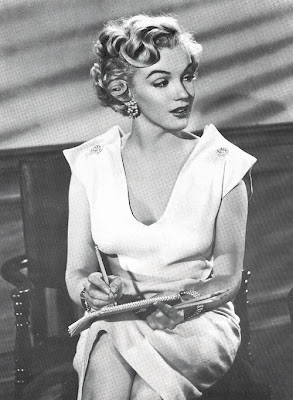 As Young as You Feel (1951). Is a comedy film starring Monty Woolley, Thelma Ritter, and David Wayne, with Marilyn Monroe in a small role.

Sixty-five-year-old John Hodges must retire from Acme Printing. He decides to impersonate the president of the parent company and arrives at his old plant on an inspection tour.

Acme president McKinley is so nervous not even his beautiful secretary Harriet can calm him. McKinley's wife Lucille has her eye on Hodges...

Video: all of Marilyn scenes. 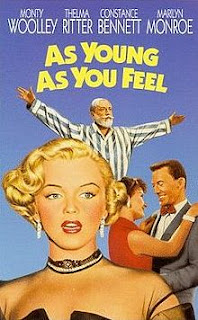 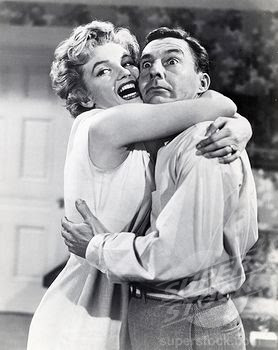 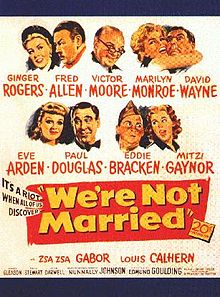 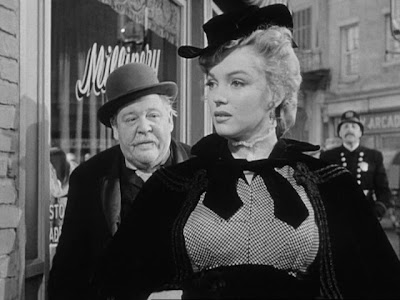 O. Henry's Full House (1952). (although he was not in the same scene as Monroe). Five O' Henry stories, each separate. The most well known, "The Cop and the Anthem". Soapy tells his friend Horace another bum, that he is going to get arrested so he can spend the winter in a warm jail cell. The problem is, he can't even accost a streetwalker. The other stories are: "The Clarion Call", "The Last Leaf", "The Ransom of Red Chief" and "The Gift of the Magi".

Video: "The Cop and the Anthem", in full 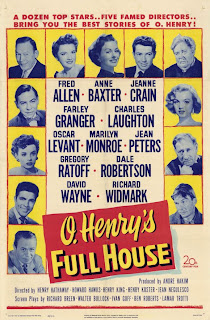 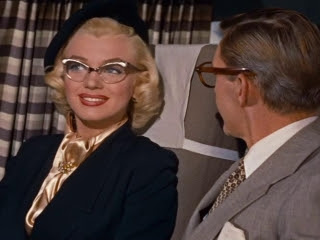 How to Marry a Millionaire (1953). Three New York models, Shatze, Pola and Loco set-up in an exclusive apartment with a plan: they intend to use all their talents to trap and marry three millionaires, but run into trouble along the way. 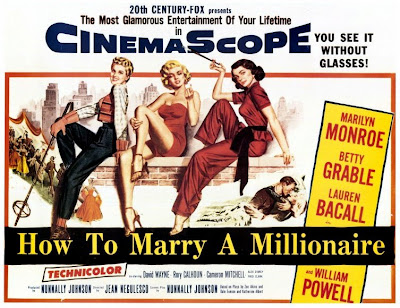